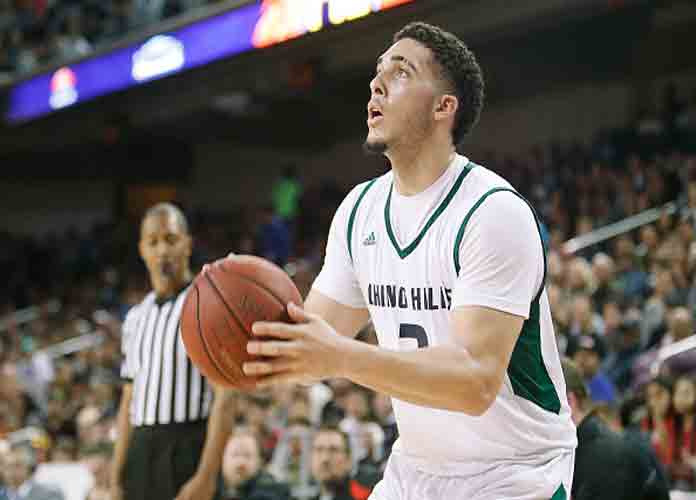 LiAngelo Ball has been offered a NBA G League Contract with the Oklahoma City Blue, the Oklahoma Thunder’s affiliate team. The 21-year-old last played in the Junior Basketball Association, (JBA) a league created by his father Lavar Ball as an alternative to college basketball. LiAngelo has been working out with the Blue for two months and sources suggest he will sign the contract very soon, according to NBA.com. The Blue have 12 games left on their schedule.

Originally recruited by UCLA in 2017, Ball only made one appearance in preseason for the Bruins after being suspended indefinitely by the university for his role in a shoplifting case in Hangzhou, China. Shortly after, LiAngelo announced his withdrawal from the University on December 4, 2017, and later joined his brother LaMelo to play for BC Prienai of the Lithuania Basketball League in January 2018. In 14 games played, LiAngelo averaged 12.6 points and 2.9 rebounds a game while shooting 42.5% from the field.

Before playing sparingly in the JBA, Ball entered the 2018 NBA Draft but was not selected. His talent level was always questioned and league sources never saw him becoming a player that could be a contributor on an NBA team, but this contract definitely gives him another chance to prove his worth. His father Lavar appeared on FS1’s “Undisputed” and made a bold prediction Tuesday.

“Gelo’s always been the best scorer, everywhere he go,” LaVar said. “When he gets in the NBA, within three years, I guarantee he’s the scoring champ—guarantee.”

LiAngelo is the brother of Pelicans’ point guard Lonzo Ball and projected 2020 NBA Draft first round pick LaMelo Ball. His contract offer was first reported by The Athletic.