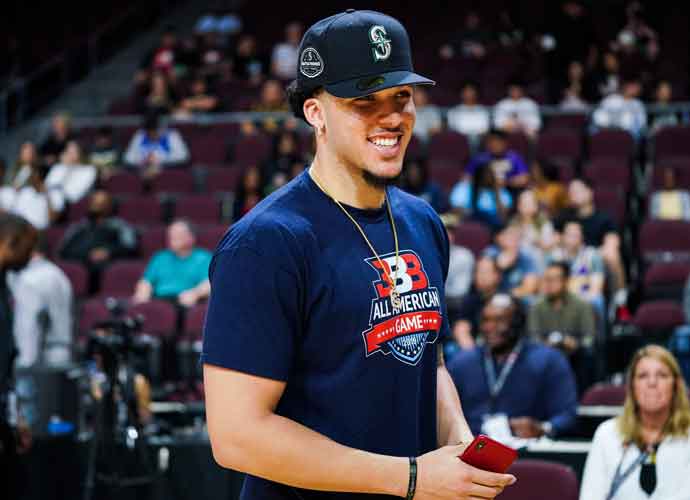 LiAngelo Ball, the middle brother of the Ball family, is trying to be the third brother to play in the NBA. Older brother, Lonzo Ball recently signed a four-year, $85 million deal with the Chicago Bulls. Meanwhile, younger brother LaMelo Ball just wrapped up his rookie season where he made a name for himself and won Rookie of the Year honors.

LiAngelo is getting an opportunity with the Hornets at the Las Vegas Summer League. In his debut game, he made five 3-pointers and finished the game with 16 points, two rebounds, two assists, and two steals in just 16 minutes of action.

LiAngelo Ball got it done from deep in his @hornets #NBASummer debut! pic.twitter.com/s5QXHvnfuT

Lavar Ball, the father of this family, sat courts-side in a hat that said “I told you so.” Youngest brother LaMelo was also in attendance as he sat with his Hornet teammates and coaches.

LiAngelo went undrafted in 2018 and the closest he has gotten to being an NBA player was a stint with the Thunder as a practice player and a training camp deal with the Pistons. He looks to continue to perform at a high level and capitalize on the current opportunity.