LeBron James Talks About Trading For Anthony Davis: "That Would Be Amazing" - uSports.org 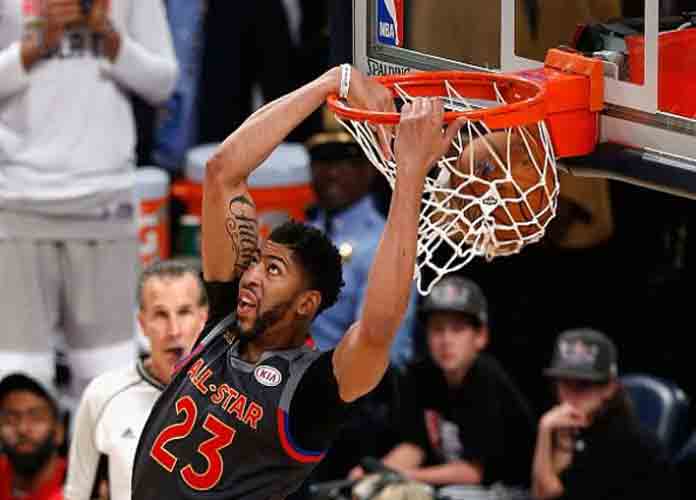 LeBron James Talks About Trading For Anthony Davis: “That Would Be Amazing”

In the summer of 2018, Anthony Davis left the Wasserman agency and then signed with Rich Paul of Klutch Sports in September. Paul is LeBron James‘ agent.

Though the Los Angeles Lakers have been rumored to be targeting players from Kawhi Leonard to Paul George, Davis is on another level. The Lakers tried to acquire Trevor Ariza this month but refused to give up any part of their young core. In order to get Davis, it’s close to guaranteed that they’d have to move Brandon Ingram, Lonzo Ball, Kyle Kuzma or Josh Hart. And they’re expected to go after him.

“They’re not going to give away picks and their top young players in some deal that makes them incrementally better this season because they’ve got to save all those assets for Anthony Davis, a big trade this summer pre- or post-free agency,” said ESPN reporter Adrian Wojnarowski said. “That’s why they’ve looked at players who are on one-year deals who don’t have money going forward.”

The Lakers’ best move would be to trade for Davis now. He’s got an incentive to stay in New Orleans if he’s a free agent. They can offer him the largest contract out of any team, according to CBA rules. And if LA does want to trade for him, it’s best to pull the trigger now. The Boston Celtics are expected to be in talks for him and they’re a much deeper team. Aside from driving up the price, they’ll be able to offer more in the end. James will be 34 this month. A realistic path to a championship must include another superstar.