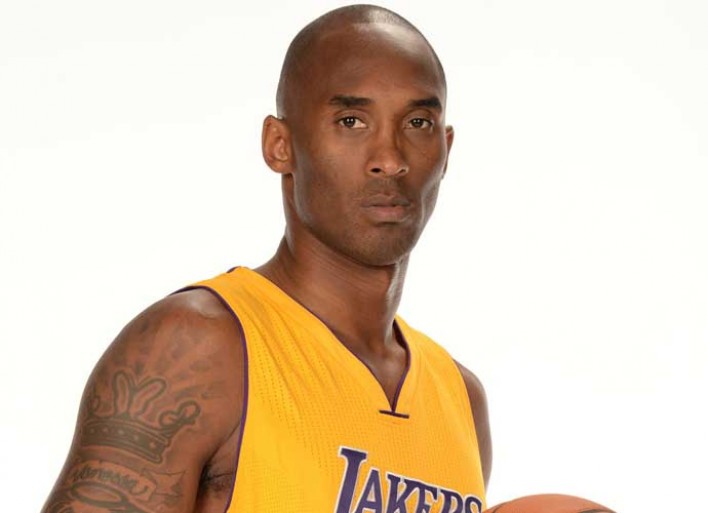 LeBron James shared his spotlight with Lakers‘ legend Kobe Bryant yesterday as Lakers beat the Hawks 122-101 at the Staples Center Arena. The action has been on the court this season but, when the Lakers’ all-time leading is sitting court-side every fan’s attention is divided. Bryant who has scored a staggering 33,643 points in his career is considered the best Lakers’ player of all time and to some fans he is the best player to have ever played the game. This time as a fan he was merely catching up on the Lakers’ season which has been successful so far.

“That’s one of the greatest players to ever play this game, taking time out of his day on a Sunday,” admitted James “So I’m just trying to put on a show for him and give him a reason, like, ‘Ok, we might come to another game.” James, who scored 33 points and had 12 assists sure did put on a show.

Bryant made an appearance at the game with his 13-year old daughter, Giana Maria “Gigi” Bryant to endorse his new novel Epoca: The Tree of Ecrof which is a fiction novel created by Ivy Claire and Bryant himself. This novel is another book being published by Granity Studios, Bryant’s new publishing company. This book is doing something unusual and refreshing by blending sports and fantasy together.

Dwight Howard was one of the first players to greet Bryant admitting that there was no bad blood between the both of them. Howard has even been wearing the Kobe Bryant sneakers this season saying he likes how they feel.

“I didn’t even know who he was. Slapped me on the back of the neck. I was about to elbow him. But then he said, ‘Hey, what’s up? You’re playing good,” said Howard, “But it was cool. I was glad he came to the game. It was a lot of fun having him in the building.”

Kobe left the Staples Center with a standing ovation and chants by the Lakers fans who were pleasantly surprised to see the future Hall of Fame at the game last night.