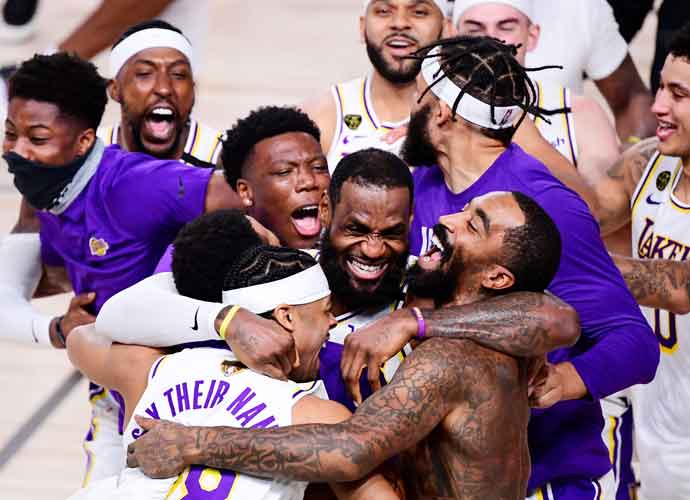 LeBron James is ready for the upcoming season and believes that the Los Angeles Lakers could repeat as NBA Champions again.

James said in a podcast that “we can [repeat]. I mean, it’s that simple” and reaffirmed that by adding that “we absolutely can…. First of all, it all starts with health. You have to have some luck. You have to have health. If we can stay healthy.”

James has been happy with the recent additions to the Lakers roster that make a title defense more likely. The Lakers have added Dennis Schröder, Montrezl Harrell and Marc Gasol. “We have a 27-year-old point guard [in Schroder]. We got the 27-year-old Sixth Man of the Year award [winner] in Trezz,” he said. “We got younger. We got Marc, who is a Defensive Player of the Year and his IQ, not only playing against him in the NBA but also playing against him versus Spain with the national team.”

James is currently 36-years-old and entering his 18th season in the NBA, but he will not be seen too much in pre-season. “Preseason, I’m not quite worried about,” he said. “I am rounding 36…. Don’t worry about me in the preseason.” James has only “touched a basketball twice” throughout the offseason.

The Lakers are scheduled to face the Los Angeles Clippers twice and the Phoenix Suns twice. The games will be part of the NBA efforts to play games in arenas again. However, there is still skepticism regarding the NBA plans for the upcoming 2020-2021 season. League owners are expecting the league to lose between $500 million to $1 billion in revenue if they did not start the season at Christmas. “I’m very intrigued in seeing how they deal with this because we all know COVID is still very active,” James said. “And they actually told us that in the winter, it’s going to be more active than any time and that’s what we’re in right now – either if you’re seeing snow or not, this is the wintertime and it’s picking up steam. So, I just want to see how we tackle this.”

James also spoke about the important moment during the bubble when players boycotted games in response to the police shooting of Jacob Blake in Kenosha, Wisconsin. The Milwaukee Bucks boycotted their game in response to the shooting. It caused uncertainty for other players around the league. James addressed what he did after Milwaukee boycotted. “So I got on the phone with Chris Paul, because their game was next, and I called him and Russ [Westbrook] and I told them straight up, ‘There’s no way that we can go out on the floor as the Lakers and play our game with what just transpired. What are you guys going to do?’ And they felt the same way. … We would look stupid if we went out and played and Milwaukee decided to sit down and we’ve been preaching this solidarity thing as a brotherhood. Because we are a brotherhood. Even when you get blindsided from your brother.”

James explained how he tried to convince others by using the military as an analogy, “When we’re all together as an army if we’re an army and we’re going out for battle and we say we’re here in solidarity and someone in the front decides to go before we say, ‘Charge!’ Now we’re all caught off guard.”

He also explained his decision to walk out of a meeting after the Bucks boycotted. “When I walked out, we sat there and talked for two, three, four hours and there was still no plan. So I walked out. Because my time is very valuable. And I knew what could help the change,” James said. “But when you’re dealing with a group with a lot of emotional [people], a lot of ego, a lot of guys that are passionate about themselves and what they believe in, then it’s hard to figure out a plan at that very moment. So it was best for me to step out.”

When James walked out, he was joined by players from the Clippers and the Lakers.