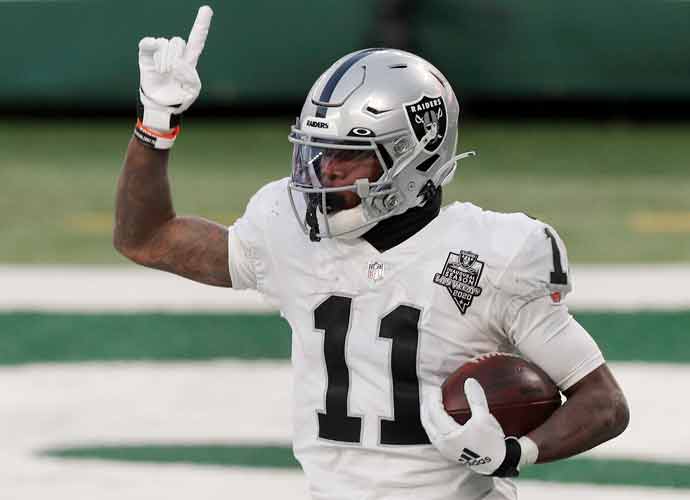 Las Vegas Raiders receiver Henry Ruggs III was involved in a collision that resulted in a car fire and a death on Tuesday morning. Ruggs is facing a DUI following the incident.

According to a posted video, Ruggs was at a Topgolf location in Las Vegas a couple of hours before the crash. Then, at around 3:30 a.m. on Tuesday, Ruggs’ Chevrolet Corvette and a Toyota Rav4 collided setting the Rav4 ablaze and killing a person inside.

According to police at the scene, the 22-year-old showed “signs of impairment.” Ruggs was then brought to a nearby hospital and was treated for minor injuries.

The Raiders have since released a statement about the incident. “The Raiders are aware of an accident involving Henry Ruggs III that occurred this morning in Las Vegas. We are devastated by the loss of life and our thoughts and prayers go out to the victim’s family. We are in the process of gathering information and will have no further comment at this time.”

Ruggs won the National Championship with the Alabama Crimson Tide in 2017 and was later picked 12th in the first round of the 2020 NFL Draft. This season, the stand-out receiver has already matched two touchdowns he recorded in his inaugural season and surpassed his receiving yards, running with the ball for 469 yards in 7 games. The Raiders are 5-2 and are set to meet the New York Giants this Sunday in MetLife Stadium.

Raiders’ Derek Carr Signs Three-Year Extension Worth Up To $121.5 Million

Raiders Hired Josh McDaniels As Coach & Dave Ziegler As GM – Were These Good Bets For Vegas?