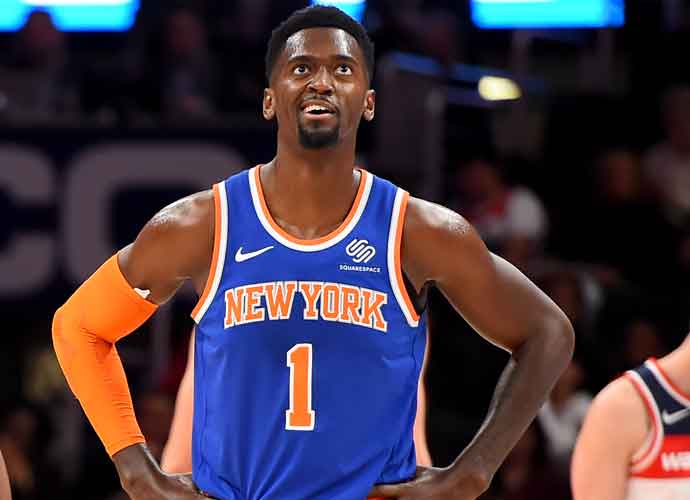 New York lost their power forward Bobby Portis late in the first half after he forcefully knocked Kentavious Caldwell–Pope in the head. As Caldwell-Pope streaked in transition for a layup off a Rajon Rondo feed, Portis’ right arm struck the top of Caldwell-Pope’s head with the inside of his biceps, sending Caldwell-Pope down to the floor in pain.

Lakers player, including LeBron James and Rondo, confronted Portis who was ejected for a flagrant foul.

Caldwell-Pope underwent a concussion evaluation which came back negative and did come back into the game late in the third.

“It wasn’t intentional at all,” said Portis. “I went for the ball. My intent was never to hurt anybody or anything like that. Just trying to make a play on the ball. Missed the ball and hit him in the head. My apologies to Caldwell-Pope. Happy to see him go out and do his thing, come back into the game and impact the game.”

Caldwell-Pope said he thought Portis was making an honest play, but hadn’t seen the replay saying he didn’t want to see it at all.

Lakers star Anthony Davis left the game with a back injury after taking a hard fall late in the third. X-rays have come back negative.

“He’s going through additional testing, and we’ll have an update for you guys”, Lakers coach Frank Vogel said. “Fingers crossed, pray for the best. You never want to see any of your guys suffer anything serious, so we just hope and pray for the best right now.”

Davis is expected to miss at least two games as the Lakers take on the Mavericks (23-13) on January 10 in Dallas.