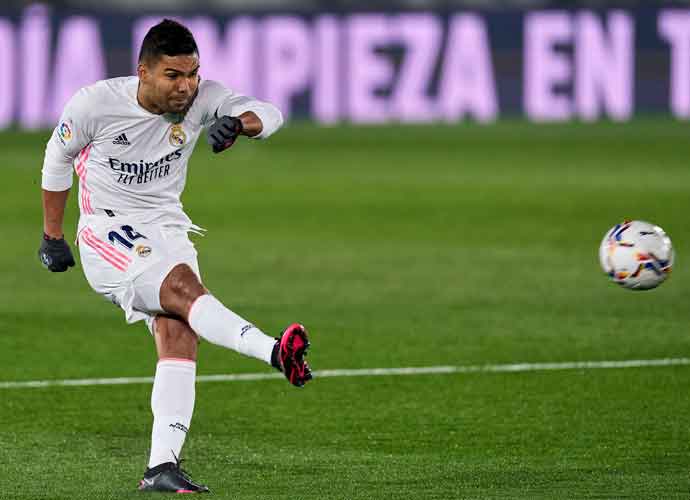 MADRID, SPAIN - NOVEMBER 28: Casemiro of Real Madrid in action during the La Liga Santander match between Real Madrid and Deportivo Alaves at Estadio Santiago Bernabeu on November 28, 2020 in Madrid, Spain.

Deportivo Alavés defeated Real Madrid, 2-0 at the Estadio Alfredo Di Stefano. Alavés were awarded an early penalty in the game after the ball hit Real Madrid defender Nacho’s arm. Lucas Perez took the penalty and scored the first goal. Before the end of the first half, Alavés’ Joselu scored after a mistake by Real Madrid goalkeeper Thibaut Courtois.

In the second half, Real Madrid’s Casemiro scored. In the last minute of the game, Real Madrid’s Isco fired a shot that hit the post. Real Madrid has not won any of their three last games in La Liga. Also, during this game, Eden Hazard was subbed off after an injury, which is bad news for the injury-stricken club.

Meanwhile, Atletico Madrid defeated Valencia CF at the Mestalla after an own goal from Valencia’s Toni Lato in the second half. Atletico Madrid is currently second in the La Liga table.

La Liga giants Real Madrid and FC Barcelona both have not performed as well as expected this season. So far, the La Liga competition is open as teams like Atletico Madrid and Real Sociedad are also competing for the title.

However, the La Liga competition is long and anything can happen.