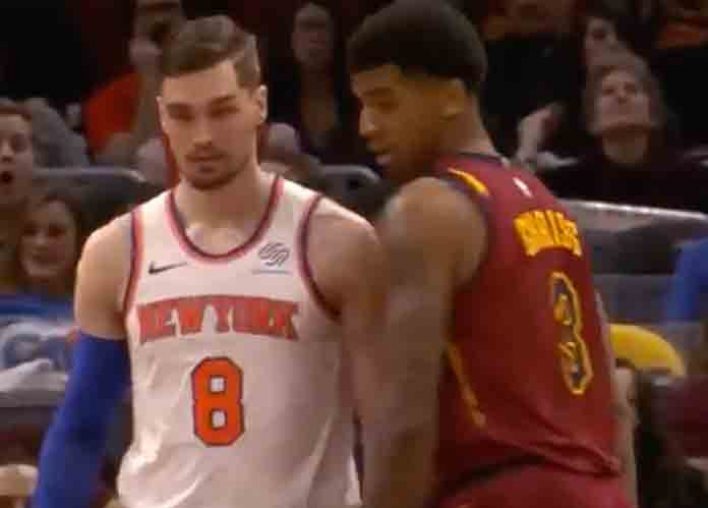 Madison Square Garden erupted Monday night as the Knicks cheered for an eastern European played out of the 2015 NBA Draft. But it wasn’t Kristaps Porzingis. It was the guy behind him still on New York’s squad: Mario Hezonja. Hezonja hasn’t been a spark plug or a bright spot in a dreary season. In fact, he’s fit right in with it.

On Monday, the Knicks took on the Cleveland Cavaliers at home. It was the least entertaining game in the season, with each team in the midst of a tank. New York had lost 24 of their last 25 and were looking for their 17th straight loss. Cleveland had won only three of their last 25 games but had the worst net rating in the league. With Zion Williamson, Cam Reddish and Ja Morant at the top of the 2019 NBA Draft, neither team has a real reason to win out the rest of this season.

The players do, though. Hezonja, who struggled to get minutes on some desolate Orlando Magic teams, was subbed in during the second quarter. He caught a pass on the wing, was completely forgotten by Cleveland’s defense and found a wide open lane. At the hoop, he met Marquese Chriss. It ended badly. Chriss was postered by Hezonja, who has the confidence of an All-Pro player.

Hezonja posters Chriss and the Knicks bench loves it pic.twitter.com/NCleA3IKpo

Though in the grand scheme of things the dunk didn’t matter, it was just entertaining. Hezonja, while not a good player, has had a knack for the limelight. During a game against the Milwaukee Bucks, he posterized MVP candidate Giannis Antetokounmpo and then stepped over him.

After this year, Hezonja will be a free agent. Thankfully for Knicks fans, there are only 26 games left in this season. Only 91 more days till the NBA Draft lottery and hopefully Zion.