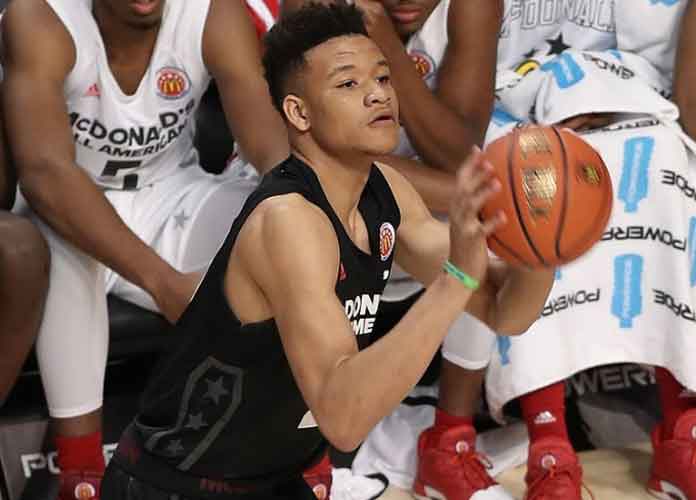 The No. 5-seed Kentucky Wildcats won their challenging first-round NCAA Tournament game against No. 12 Davidson on Thursday thanks to an impressive outing from Kevin Knox.

Kentucky vs. Davidson NCAA Round 1 highlights

The freshman forward scored 25 points for SEC Tournament champions Kentucky, (25-10) which finished 0-6 in 3-point shooting in the game against another team also named the Wildcats.

Good grief, UK holds a really good opponent to 24 points in 33 possessions, and, in his halftime interview, Calipari goes down the When you play freshmen you’re going to see breakdowns on D road. Tough audience.

Several Kentucky players on offense, however, put on fine displays of athleticism:

Toss it up, throw it down! pic.twitter.com/hG1T0Mk39f

Davidson tied it up at 52 with nine minutes remaining, but Kentucky ultimately used a 9-0 run to pull away. Knox secured his team’s victory with a big jump-shot:

Kentucky will next face the winner of No. 4 Arizona and No. 13 Buffalo in the South Regional’s second round on Saturday. That game will begin at 5:15pm EST and air on CBS.

Kentucky Basketball Coach John Calipari: “Plan And Desire” Is To Retire With Wildcats