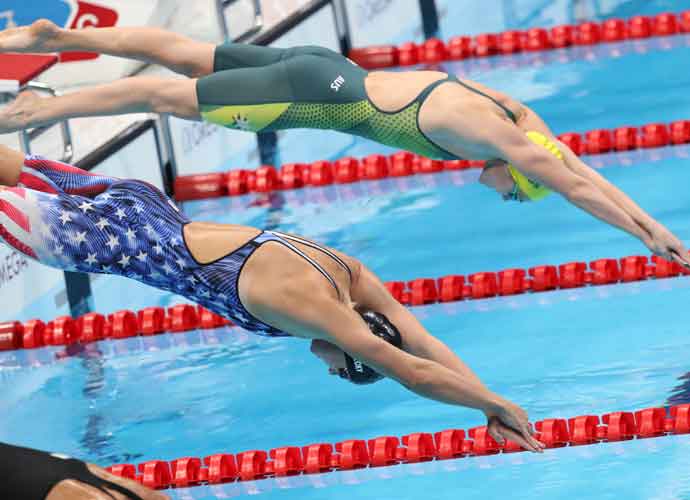 TOKYO, JAPAN - JULY 28: Kathleen Ledecky of United States of America, Ariarne Titmus of Australia during the 200m freestyle final on day five of the swimming competition of the Tokyo 2020 Olympic Games at Tokyo Aquatics Centre on July 28, 2021 in Tokyo, Japan. (Photo by Jean Catuffe/Getty Images)

Ledecky’s victory came an hour after she was shut out of the medal podium in the 200-meter freestyle race. It was the first time in her Olympic career that she failed to make the medal podium. The Olympic swimmer failed to claim a gold medal in her first two events of the Olympics before winning the 1500-meter freestyle race. Many began to wonder if there had been a passing of the torch since Ledecky lost to Australian swimmer Ariarne Titmus in her first two races. The American quickly silenced her critics on this historical night.

Ledecky was a body length ahead of Jianjiahe Wang of China after 200 meters and five meters ahead at the 300-meter mark. The 24-year-old swimmer breathed every other stroke and stretched her lead on each turn. For the remainder of the race, she swam in cruise control. it was a long test that was both mentally and physically exhausting.

The swimmer’s victory was fitting because she is regarded as one of the greatest American swimmers of all time. Ledecky has now won six career gold medals.