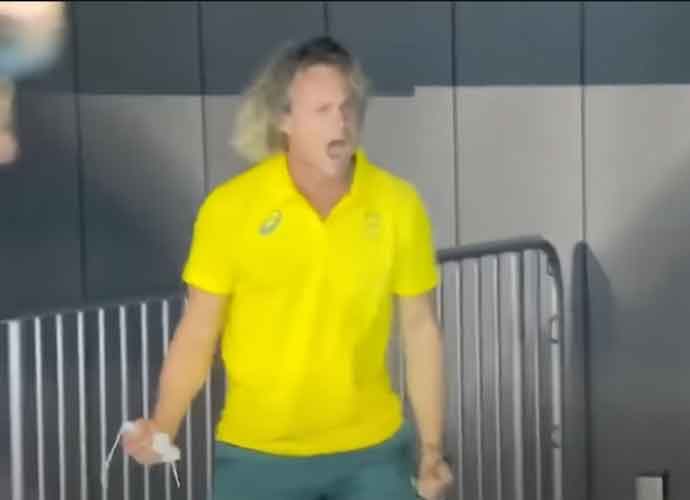 Titmus’ coach, Dean Boxall, made major headlines alongside the swimmer due to his sideline antics. As Titmus overcame a body length gap behind Ledecky and took the lead late in the race, Boxall could not contain his excitement. He could be seen on his perch above the pool punching the air, ripping his mark off, kicking and thrusting the barrier.

A young girl volunteering appeared to attempt to calm Boxall, yet the coach was not phased.

Boxall’s excitement turned to tears as Titmus collected her gold medal on the podium. “I could see Dean on the other side bawling his eyes out,” said Titmus to the Agence France-Presse.

“I don’t feel the hype, it’s more you guys. I just try to race the best I can and ignore everything else,” added Titmus. “I honestly thought I’d be more nervous coming into this but Dean said to me, ‘Look, you know how to swim, this is just a big swimming race, you just have to do what you know how to do.'”

Boxall’s antics made headlines and were a major talking point on social media. A Morning Herald reporter, Vince Rugari, stated: “I’d never heard of him before but pretty confident he’ll now never have to buy himself a beer ever again. How good #Tokyo2020.”

when the preworkout kicks in #TokyoOlympics pic.twitter.com/xkU7zyF0gG