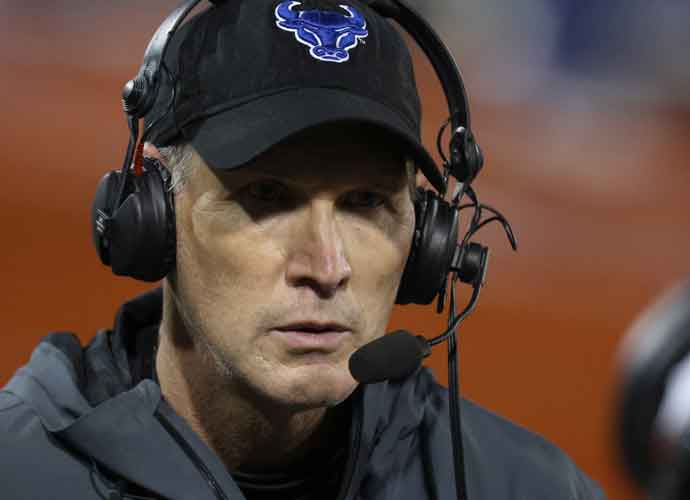 BUFFALO, NY - DECEMBER 12: Head coach of the Buffalo Bulls Lance Leipold talks to the media after a game against the Akron Zips at UB Stadium on December 12, 2020 in Buffalo, New York. Buffalo beats Akron 56 to 7. (Photo by Timothy T Ludwig/Getty Images)

Kansas has officially hired former Buffalo coach Lance Leipold as their new football coach. Leipold was one of the finalists for the school’s vacant coaching spot. The school announced that Leipold agreed to a six-year contract with the school.

“I am absolutely thrilled to welcome Coach Leipold to the Jayhawk family,” said Director of Athletics Travis Goff. “He is a man of integrity, a developer of young men, a program builder, and a winner. His track record of sustained excellence is exactly what we were looking for in our next leader, and is what the University of Kansas and our fans deserve. His commitment to maximizing our student-athletes abilities and experience on the field, in the classroom, in the community, and in life after KU is inspiring. Those qualities will attract individuals and develop them into exceptional Jayhawks.”

Leipold will be joining Kansas after the school parted ways with coach Les Miles in March. Miles was fired after a probe was done in regards to his tenure with Baton Rouge. The probe revealed a 2013 investigation in which Miles was accused of texting female student workers on a burner phone. The coach also drove them alone to his condo and kissed a student on at least one occasion. The school then decided to fire Miles from the school.

Leipold will help get the Jayhawks back on track.