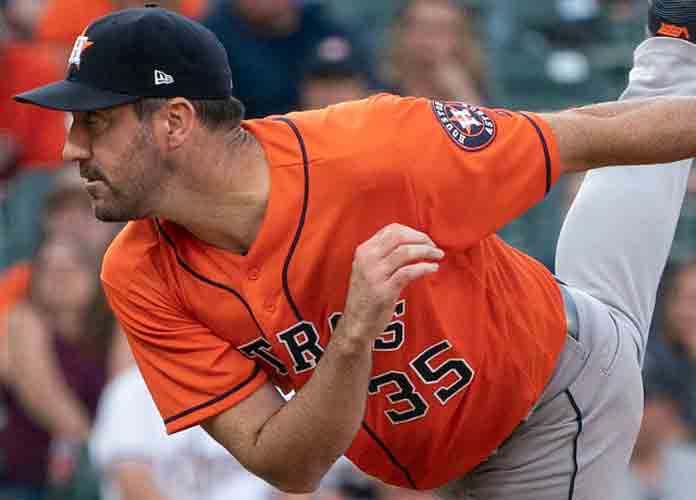 For the first time since 1968, both Cy Young winners in 2022 won by unanimous vote, as Verlander and N.L. winner Sandy Alcantara both had seasons that earned undisputed recognition. Unlike his younger counterpart from Miami, however, Verlander has been a mainstay at the highest level of baseball for more than a decade.

He earned his first Cy Young in 2011 with the Detroit Tigers, one year before the team appeared in the World Series. Managers use starting pitchers differently now than they did back then, so while it’s difficult to compare Verlander’s 28-year-old season to his 39-year-old season, his longevity is nevertheless a marvel.

It’s also earning him serious attention from multiple teams this offseason at a stage in his career when many are forced into retirement. Entering free agency, the reigning Cy Young is a puzzling case to consider as he nears age 40 — the best pitcher in baseball that is also certain to regress in the near future.

Justin Verlander sees chance for 'lucrative opportunities' with Mets, Dodgers, Yankees and others, per @Ken_Rosenthal pic.twitter.com/N6zWNDGfCo

Though the Astros have offered to extend Verlander, the pitcher has stated that the market will ultimately determine his next team. The Mets, Yankees and Dodgers have all been rumored to be competing with Houston. Teams with larger payrolls are the only ones that seem capable of offering a larger, short-term contract that Verlander would require.

Any organization that acquires Verlander is looking to win as soon as possible. In a best-case scenario, he could remain strong for two to three more seasons like Roger Clemens, who won the Cy Young in 2004 at age 42. The worst-case scenario is that the culmination of years’ worth of wear and tear make an immediate impact in 2023.

For now, Verlander is the three-time Cy Young winner with multiple lucrative offers in free agency. His legacy as a Hall-of-Famer is ensured as he enters the volatile back end of his illustrious career.