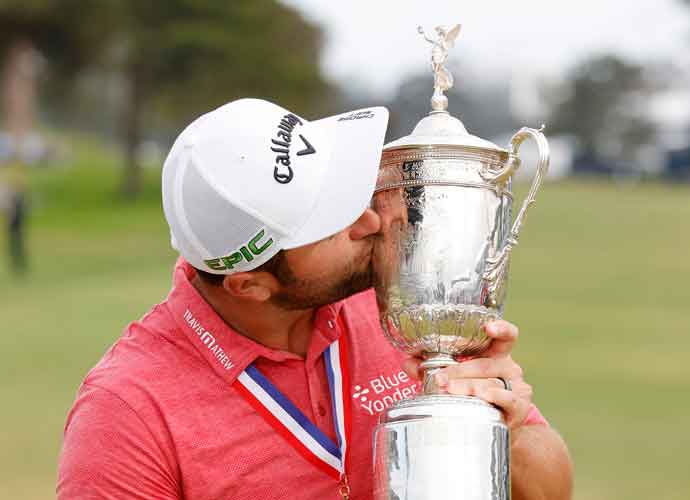 SAN DIEGO, CALIFORNIA - JUNE 20: Jon Rahm of Spain celebrates with the trophy after winning during the final round of the 2021 U.S. Open at Torrey Pines Golf Course (South Course) on June 20, 2021 in San Diego, California. (Photo by Ezra Shaw/Getty Images)

John Rahm logged a historic victory at the U.S. Open, and he was rewarded with a major ascendance in the FedExCup standings from spot 19 to second place. With the win, Rahm now qualifies for his fifth consecutive TOUR Championship event and has also reclaimed the top spot in world rankings.

A titan at Torrey Pines. 🏆 @JonRahmPGA wins his first major at the #USOpen. pic.twitter.com/o39MWtRFbl

The TOUR Championship is the final event of the FedExCup playoff series, with the top 30 players being given an invitation to fight for the FedexCup, a battle that will take place over Labor Day weekend.

With this most recent victory, Rahm has given himself an opportunity to win both the U.S. Open and FedExCup – a feat last accomplished by Jordan Spieth in 2015. Patrick Cantlay still sits ahead of Rahm in the playoff standings, however. He holds a 137-point lead over the red-hot swing of Rahm.