Joe Burrow Gets His Appendix Out – And Bengals Fans Freak Out - uSports.org 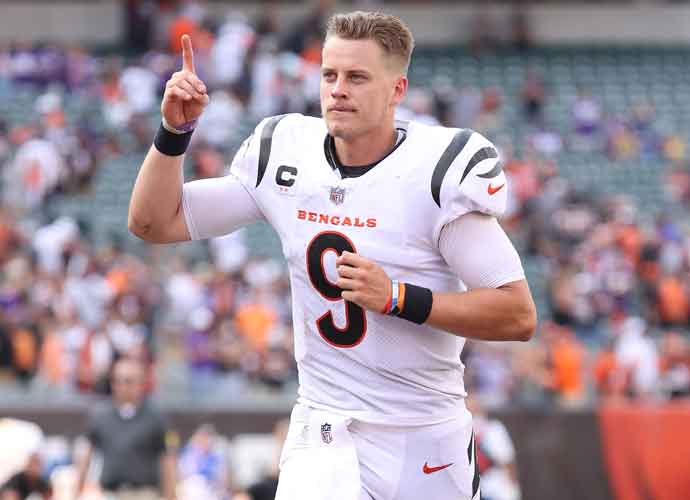 Joe Burrow Gets His Appendix Out – And Bengals Fans Freak Out

Cincinnati Bengals quarterback Joe Burrow underwent surgery on Wednesday to remove his appendix. The operation was successful, and he was cleared to be discharged Wednesday afternoon. With the Bengals’ training camp beginning on the same day, Burrow will certainly miss time but will likely be available for the first week of the season.

News of Burrow’s successful operation allowed Bengals fans to breathe a sigh of relief after an uncertain moment going into training camp. According to backup quarterback Brandon Allen, Burrow was complaining of stomach pains but did not elaborate. According to the Springfield News-Sun, players on the team were not informed of his condition until it was determined that he would require surgery.

Setbacks in NFL training camps are commonplace and seemingly random, capable of dashing a team’s hopes before the season ever begins. In Burrow’s case, the news was sudden but ultimately turned out to be a non-issue, as he’ll likely be available for the start of the season.

News of his condition, however, spread quickly through social media as countless local outlets and national sports publications rushed to report the story. For Bengals fans enjoying an offseason of immense hope following their run to the Super Bowl earlier this year, it represented a reality-affirming jolt.

Replying to Ian Rapoport’s original announcement on Twitter, one user said, “Please put disclaimers when using ‘Joe Burrow’ and ‘surgery’ in the same sentence so I don’t almost drive my car off a cliff.”

Many fans were just as quick to convey messages of both hope and concern in a massive response to the news. In his second season in the NFL, Burrow led the Bengals on an improbable run to the Super Bowl, one that instantly made him a franchise quarterback. Contract talks have gotten tenser and the Bengals’ 2022 schedule features more primetime attention. More than anything, however, a procedure to remove Burrow’s appendix has once again demonstrated how attentive the wide world of sports can be after an athlete assumes the spotlight.