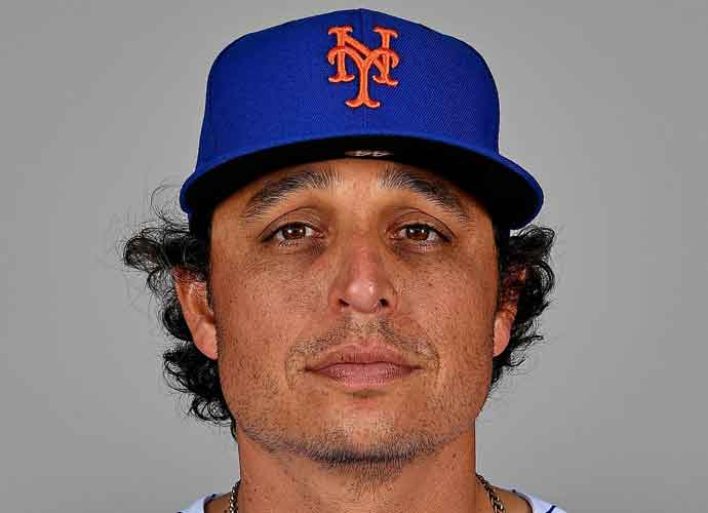 After last week brought us another embarrassing New York Mets moment after pitcher Jason Vargas threatened to “”knock the f— out” reporter Tim Healey, the media and Vargas aimed to go about post–game media operations with less hostility this time around.

Tension in the clubhouse. Jason Vargas had to be separated from going after Tim Healey of Newsday.

Prior to his long awaited return to face the media after his absurd actions, Vargas first took the mound against the Phillies. Although the Mets lost another due to poor bullpen pitching, Vargas performed well and seemingly channeled out the noise surrounding him to focus only on baseball, as the lefty struck out ten batters and surrendered only two runs through 6.1 innings pitched. Although baseball remains Vargas’s main focus as a Met, the real challenge awaited him off the diamond, as the reporters poised to once again bring up his actions from last week most likely stressed Vargas to a greater extent than even Bryce Harper, Rhys Hoskins, and the other Phillies hitters Wednesday.

As expected, questions regarding Vargas’s post game behavior arose almost immediately. In response, Vargas presented a rather vague explanation for himself as he stated, “I don’t think all the information is really out there. I don’t think this is a time to get into that. But I think that anybody that knows me, anybody that has played with me, there’s never been a situation like that. So to think it happened out of the blue, it’s foolish.” Vargas later went on to call the entire ordeal simply an “unfortunate confrontation.”

Although he apologized far quicker than Vargas, Mets manager Mickey Callaway joined his pitcher during last week’s altercation, as he called the same reporter which Vargas threatened, Healey, a “smart ass” after the loss. Both Callaway and Vargas received hefty fines not too long after their displeasurable comments.

Mickey Callaway and Jason Vargas just cursed out, and in Vargas case, challenged a reporter to a fight in the clubhouse.

The Mets continue to dredge on their mediocre season alongside this storm stirred up by Vargas and Callaway. With the All–Star break approaching quickly, New York appears moving closer to another season sitting outside the playoffs, as they sit 11 games behind the first place Atlanta Braves. With Vargas already a seasoned MLB player at 36 years old and Callaway failing to lead the Mets to consistency, their futures as Mets prompt large question marks looming above their heads. These question marks now expand to even greater extents as the two try and piece things back together and clean up their mess before things grow uglier in Queens.