James Harden Quits On Team As Houston Looks For A Trade To Be Done Quick - uSports.org 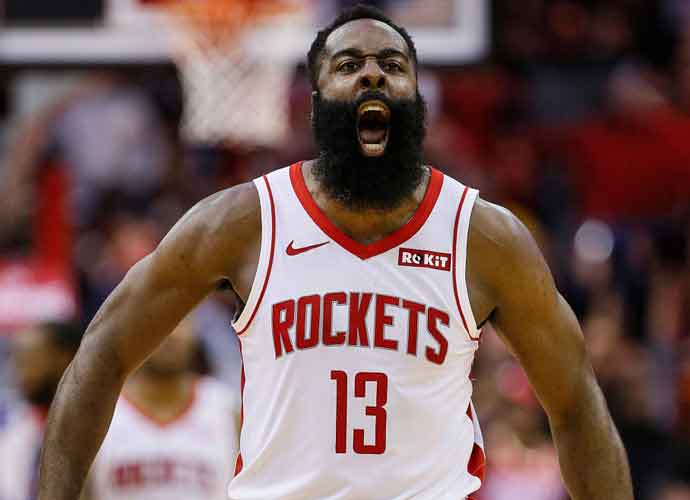 HOUSTON, TEXAS - NOVEMBER 13: James Harden #13 of the Houston Rockets salutes after hitting a three point shot during the fourth quarter against the Los Angeles Clippers at Toyota Center on November 13, 2019 in Houston, Texas.

James Harden is still unhappy in Houston, and he has been very vocal about it. Hardens’ latest remarks about the team during the postseason interview is making it well known.

Harden spoke to reporters about the team, and he said, “We’re not even close, honestly, too, obviously, the defending champions (Lakers) and all the other elite teams out there.”

While he spoke about it, he continued to let it know that he has no intention to walk back his trade request. “It’s something that I don’t think can be fixed,” Harden said.

Those words were something that Houston did not want to hear. The Rockets were hoping that trading for superstar John Wall from the Washington Wizards would have made the disgruntled star reconsider. However, the All-Star guard’s insistence on a trade has been showing in his performance lately. He has scored fewer than 20 points in the last four games, as his field goal for shooting goes down. It is obvious he has quit on the team while he waits for a trade to be completed.

Coach Stephen Silas has recognized that and has chosen to keep the All-Star from the team until a trade is completed.

The former MVP requested a trade from the team during the preseason. The preferred trade destination included the Brooklyn Nets, Philadelphia 76ers, Miami Heat, Milwaukee Bucks and the Portland Trailblazers. However, initial possible trade deals were hard to find because the Rockets are seeking a huge asking price for the star.

However, that might no longer be the case as Houston is now determined to finalize a trade deal as soon as Wednesday. As reported by ESPN reporter Adrian Wojnarowski, the momentum for trade talks with the Sixers and Nets is increasing.

Houston’s talks with Sixers and Nets gathered momentum in recent days — even before James Harden’s news conference on Tuesday night, sources tell @ramonashelburne and me.

Brooklyn and the 76ers are looking to be the two teams that Harden may be traded to. As reported by Wojnarowski.

The Rockets are planning to keep Harden away until a trade is done — with front office weighing best final offers from Brooklyn and Philadelphia, sources tell @ramonashelburne and me. Process is moving quickly now. https://t.co/YDZkAKcG5d