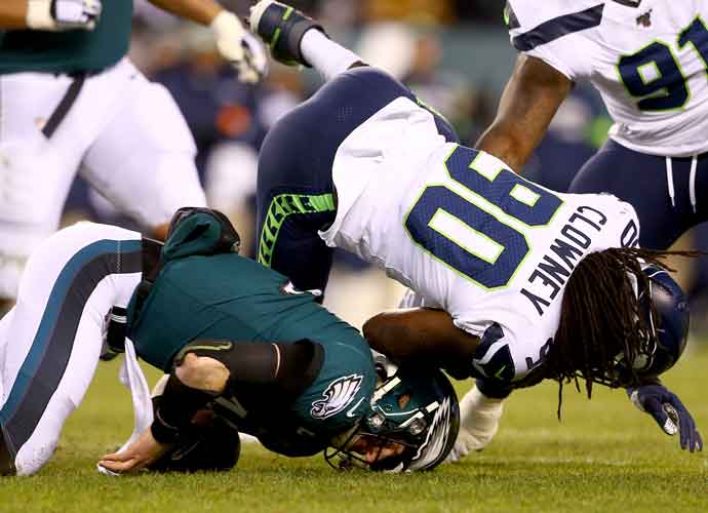 Jadeveon Clowney is still a free agent, but that isn’t because of the lack of offers. According to ESPN’s Adam Schefter, the Cleveland Browns have been aggressive to sign the 27-year old with an extremely lucrative offer.

The Browns have been the team in the hottest pursuit for the services of the former number one overall pick. “I think they’ve been the most aggressive team with him financially,” said Scheftert. “And I just think he has balked at going to Cleveland for whatever reason. I think he’s been hesitant to go, because if he wasn’t, he would’ve gone already because it’s the most money. It’s the richest offer on the table, and he hasn’t taken it.”

It is rumored that the Browns have offered Clowney a long-term contract that would make him the highest, if not one of the highest, paid defensive players in football. Clowney has been seeking around $17 million a year for his contract and as of right now, outside of the Browns, no team has really come close to that number.

It is unclear as to why Clowney has been balking at the Browns’ offer, but it is said that it could be because he simply is not intrigued by the Browns culture. If Clowney was to sign in Cleveland, at least for 2020, it would be extremely interesting as Clowney would line up opposite of 2017 first overall pick Myles Garrett, who is an elite pass rusher in his own right.

Last season for the Seattle Seahawks, Clowney played in only 13 games, where he recorded 31 total tackles, 3 sacks, had 1 interception and 4 forced fumbles.