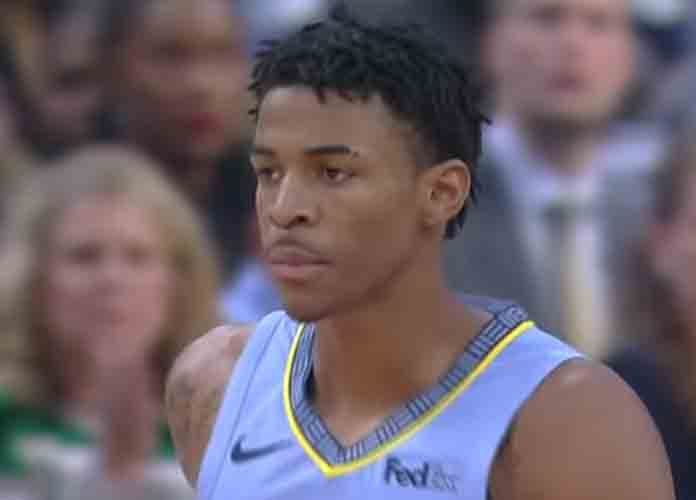 Flashy dunks, perfectly executed assists and out-dueling Kyrie Irving is not something many point guards get to boast doing on any given night. However, that’s exactly what Memphis Grizzlies point guard Ja Morant did in his third NBA regular-season game. Morant did this and more as the Grizzlies downed the Brooklyn Nets 134-133 on Sunday night.

Based on Morant’s 30-point, nine-assist explosion, the No. 2 pick out of Murray State intends to remain one of the most exciting players at this next level of basketball. Considering the learning curve of the NBA and an unsteady jump shot, nobody expected Morant to explode like this in only his third NBA game. The 20-year-old scored 17 points in the fourth quarter alone to keep his team in the game and got beauties like this off in the process.

Morant shot 13-of-22 on the night, and eight of those makes came at the rim. He landed shots with great hand switches, an ability to jump over larger defenders and the body control to follow through each shot.

“Sometimes I can be a little passive, I might have the shot and try to give it up,” Morant told The Athletic after the game. “Tonight I felt like the bigs were back, trying to bait me into coming towards them. I’m going to attack them every time.”

Even without a great jumper, if Morant can drive and distribute the way he did against Brooklyn, he won’t have many problems in the early stages of his career.If he can become a scoring force while keeping the passing skills he was drafted for, defenses will have a hard time figuring out where to focus on the Grizzlies attack. The Nets surely were lost, as even on the last play Morant was double teamed, which led to a game-winning three by Jae Crowder when Morant passed it right over to the open man.

It may be early in the season, but it’s hard not to get excited for Morant and the Grizzlies early if this is what’s to expect.

The Grizzles are heading to LA to take on the Lakers next on Tuesday at 10:30 p.m. EST. The Nets greet the Pacers on Wednesday at 7:30 p.m EST.