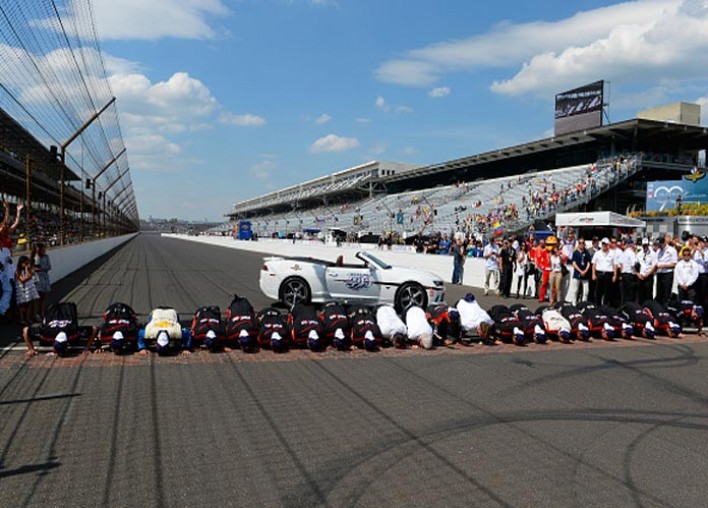 INDIANAPOLIS, IN - MAY 24: Juan Pablo Montoya of Colombia driver of the #2 Team Penske Chevrolet Dallara celebrates by kissing the bricks with his crew after winning the 99th running of the Indianapolis 500 mile race at the Indianapolis Motor Speedway on May 24, 2015 in Indianapolis, Indiana. (Photo by Robert Laberge/Getty Images)

This will mark the first time since 1950 that race fans across the entire state of Indiana will be able to watch the Indy 500 live.

The race will air live on RTV-6, an ABC affiliate, and re-air in the evening as has happened through the years.

IMS announced on May 6 that all reserved seats had been sold out.

It’s believed IMS targeted the sale of 75,000 general admission tickets to bring Sunday’s total attendance to about 350,000, a significant increase over recent years in part due to temporary suites being installed in the Turn 1 infield and on the backstretch. Grandstand seats previously removed have been reinstalled to meet demand.

#Indy500 officials have been having ongoing discussion about what it means to sell out infield. @IndyCar

Last year’s local airing of the race drew a 12.7 rating, the highest for any metered market. Second was Dayton, Ohio, at 9.9 and Louisville at 8.7, according to Nielsen Media.

Earlier this week, Miles also remarked on the lack of data concerning the decision to lift the blackout or not.

“The sense is that everybody goes to the race and watches (the delayed broadcast) when they get home,” he said. “The question is, would (the rating) drop off?”

Miles also seemed to be unconcerned by the idea of Central Indiana viewers being upset with a one-year-only lifting of the blackout.

ABC is planning a local lead-in to Sunday’s race. Its SportsCenter crew will be at IMS both weekend days, and in the hour before the 500’s broadcast begins SportsCenter will have Indianapolis Colts quarterback Andrew Luck and receiver T.Y. Hilton as guests.

Lifting the local blackout also allows Indianans to watch the race on the WatchESPN app.

INDIANAPOLIS, IN – MAY 24: Juan Pablo Montoya of Colombia driver of the #2 Team Penske Chevrolet Dallara celebrates by kissing the bricks with his crew after winning the 99th running of the Indianapolis 500 mile race at the Indianapolis Motor Speedway on May 24, 2015 in Indianapolis, Indiana. (Photo by Robert Laberge/Getty Images) 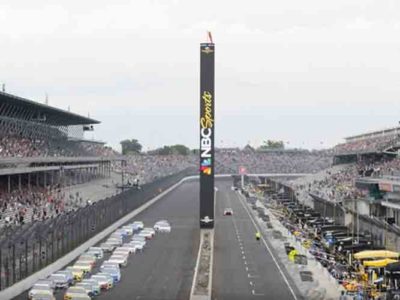