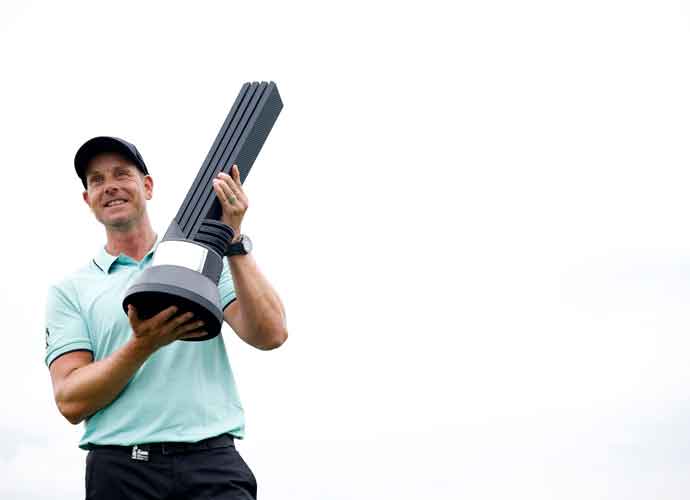 “I think there might have been a little extra bit of motivation this week,’’ Stenson said. “And when we as players have that, it can bring out some good stuff. That’s been a bit of a theme — when I really want something, I manage to dig a little bit deeper and make something happen.”

LIV Golf has drawn criticism from multiple sources in the U.S. and Europe due to its Saudi backers’  human rights record, which includes unfair trials, arbitrary deportations, abuse of women, politically motivated assassinations and other malicious acts. But Trump has continually supported the series and hosted the event at his course. His prominent appearance last weekend, during which he repeatedly used items bearing the U.S. presidential seal, served as a direct endorsement of the Saudi Arabian golf organization.

Back in March, Stenson said that he was “thrilled and excited” to be named the European captain for the Ryder Cup, but in recent weeks, the Swedish golfer has relinquished that prestigious path for a more profitable — and divisive — career in the LIV Golf series. After signing a $40 million contract, the 43-year-old won another $4 million for taking the event at Bedminster.

Stenson received a congratulatory handshake from Trump after the event, and Donald Trump Jr. took to Twitter to claim the golfer’s victory as a win against critics of LIV Golf.

Following his departure from the White House, Jared Kushner, Trump’s son-in-law and Trump Jr.’s brother-in-law, received a $2 billion investment in his new private equity firm from the Private Investment Fund, the sovereign wealth fund of Saudi Arabia which established LIV Golf. Kushner and his firm are currently under investigation.

Stenson’s actual performance, in which he held off Matthew Wolff in the late stages to win, was tangential to the political ramifications of the event. Stenson is one of many top golfers who have left other tours for lucrative paydays in the Saudi-funded breakaway series. Many officials in golf and government have condemned their involvement, claiming that LIV is “Saudi-washing” golf in a larger effort to conceal severe human rights violations in the Middle East.