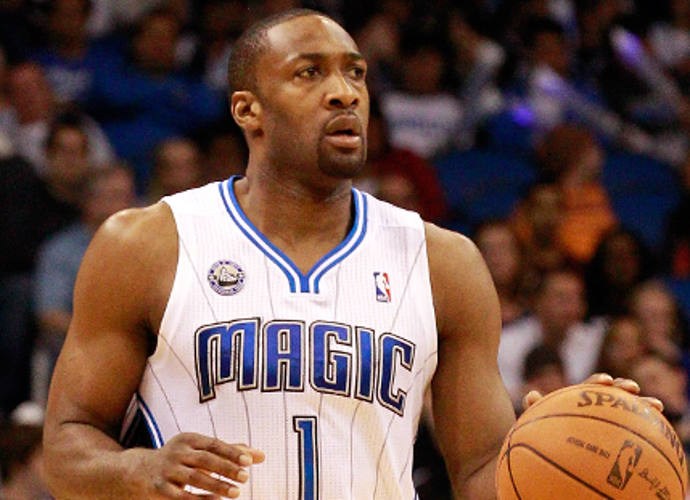 during the game at Amway Arena on January 24, 2011 in Orlando, Florida. NOTE TO USER: User expressly acknowledges and agrees that, by downloading and or using this Photograph, user is consenting to the terms and conditions of the Getty Images License Agreement.

It doesn’t matter how you bend the rules, or the rim in this case, there’s no going around the fact that former three time NBA All-Star Gilbert Arenas can shoot. After taking his family to the Orange County Fair, he was banned from all of the basketball hoop games after reaching the 15 item prize limit. He wasn’t just hot on the shot, but Hibachi!

OC Fair tells @ABC7JulieSone that Gilbert Arenas hit the daily max prize limit of 15 on the basketball games, can come back another day.

Among his newly acquired stash are two large pandas, a lethargic looking blue mouse, a green Mr. Planter, a large bag filled with even more stuffed animals, and a minion just as large as his son. A personal favorite, though, is his sombrero looking donut hat. While his kids look ecstatic that they have new friends, it seems Arenas has not only the biggest smile out of the group, but the most stuffed animals. Lucky guy.

With his career scoring average hovering in the 20 point range, it is no surprise he shot the lights out at the state fair. Now if only I could shoot the same.