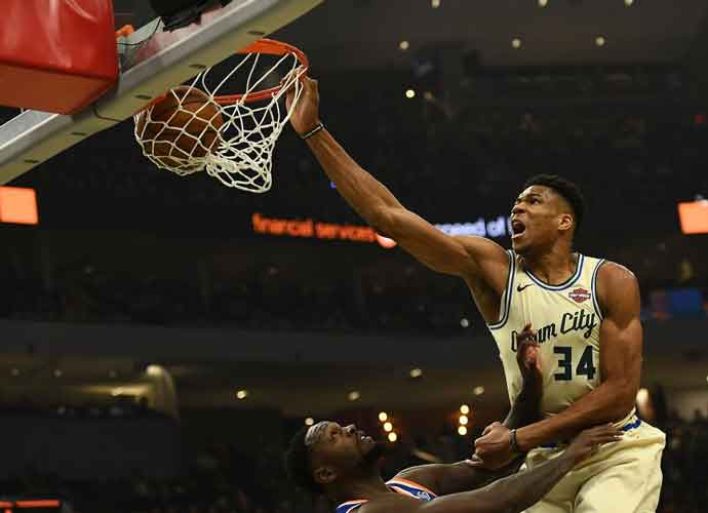 Giannis Antetokounmpo put on a clinic in Thursday’s nationally televised home game against the Lakers. “The Greek Freak” finished with 34 points, 11 rebounds and seven assists along with a career-high five three pointers.

Prior to Thursday, Antetokounmpo was 13-23 from shots taken at 27 feet and beyond in eight games this month, according to ESPN Stats & Information. Comparing that to 13-59 in the last 92 games, the reigning NBA MVP is showing signs of improvement. The five 3’s made were all from 27 feet and beyond giving the Bucks‘ star the most 27-footers for Milwaukee in 20 years. Antetokounmpo is shooting 45% from three point range in December.

“I’m going to keep shooting. It doesn’t matter for me if I made one, two or five, I just want to be better,” Antetokounmpo said. “And I want to keep getting better and keep working on my game, and it’s going to be some nights that I’m going to make zero and it’ll be nights I’ll make five, but I’ve got to keep shooting because that’s what my team wants me to do.”

The former 15th pick of the 2013 draft has came along way since being a skinny unknown teenager in his rookie year averaging just 6.8 points per game.

“I think the most important thing is to try to stay humble. When you win MVP and you win 60 games, it’s hard. You feel like, ‘Ok, what else?’ But at the end of the day, I realize and my family realizes that I’m not supposed to be here. “I wasn’t the No. 1 pick. [Anthony Davis] was. LeBron [James] was. I wasn’t supposed to be here. I’m not supposed to go against these two beasts, so I’m just happy that I’m here and happy that I’m going through the process, and I always want to be better, do better for my team, and that’s what gives me joy.”

Bucks’ Head Coach Mike Budenholzer praised his player’s work ethic and told ESPN, “I think a lot of players keep working, keep getting better, and it’s part of our league, part of being a professional. But what Giannis does in the summer, the amount of time he puts in before practices, after practices, taking care of his body — but I think everybody, as special as he was last year, I think even opponents and his peers, I think, see and know that he can get better. He’s doing it. He’s putting the time and effort in, and we just feel fortunate he’s ours and excited about him and our future.”

Davis had a game high for the Lakers with 36 points, 10 rebounds and five assists. James recorded a triple-double with 21 points, 12 rebounds and 11 assists, but shot only 42% from the field.

The two teams are first place in their respective conferences and they meet again at Staples Center on March 6.

God put us here and God makes no mistakes🙏🏽 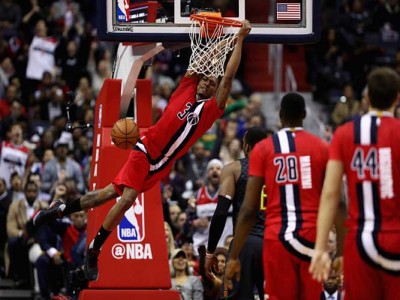