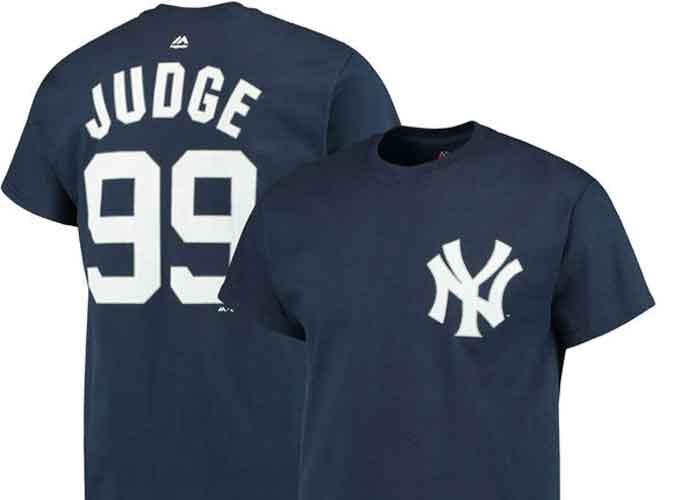 The 25-year-old rookie outfielder won the MLB Home Run Derby on Monday to cap the first half of a stellar season that saw him post a league-leading 30 homers at the All-Star Break, which tied him for the 26th most by an player — rookie or not — since 1913. Judge’s .691 slugging percentage, meanwhile, was tied for 75th. His on-base plus slugging (OPS) was 101 percent better than the league average, the 90th-best first half in that category any player has recorded since 1913.

Now, you can wear a T-shirt with his name and number (99) on the back. Check out the Men’s New York Yankees Aaron Judge Majestic Navy Official Name & Number T-Shirt, which is available for sale on the MLB shop for $29.99. The 100 percent cotton short-sleeve shirt is officially licensed, machine washable and perfect for the summertime. Its features include raised faux stitching and printed graphics with the Yankees logo in the front and Judge’s name and number on the back.

The shirt typically ships within one business day.