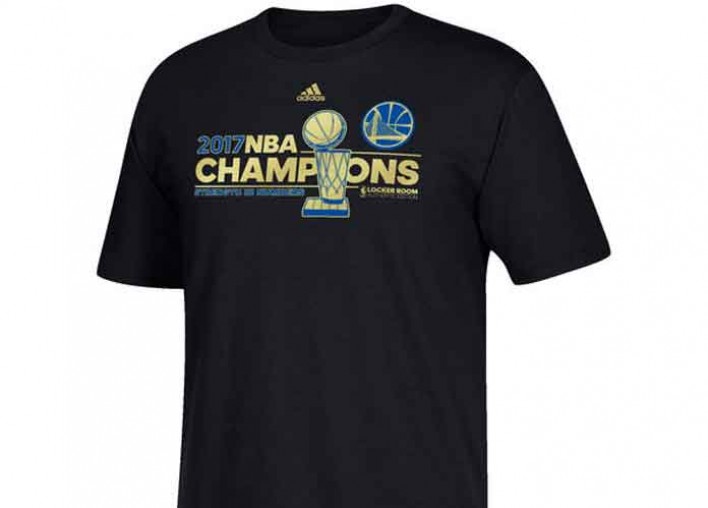 If you’re a Golden State Warriors fan looking for a way to show how proud you are of the franchise winning its fifth national championship this year, then look no further than the NBA Store.

The officially licensed short-sleeve shirt — which is made of 100 percent cotton — has the team’s logo printed on it as well as the words “2017 NBA Champions” printed in the franchise’s colors, blue and gold.

This product typically ships within one business day.

The Warriors defeated the Cleveland Cavaliers 129-120 in Game 5 of the NBA Finals on June 12 at Oracle Arena for their second national title in three years. Golden State last won the NBA championship in 2015.