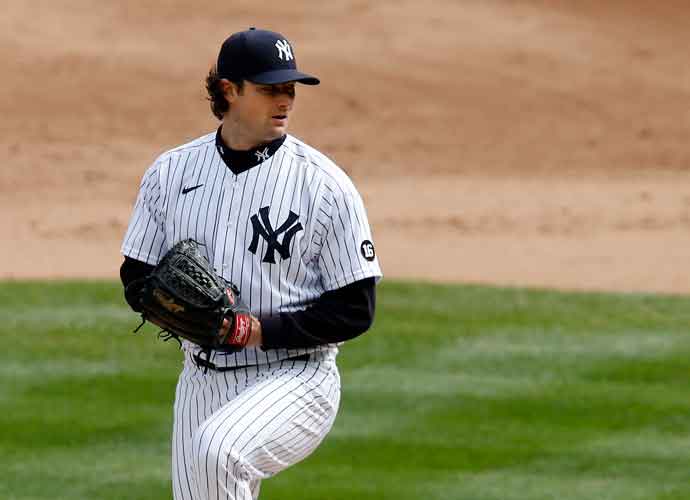 Gerrit Cole Strikes Out 13 Batters In Dominating Win Over Orioles

New York Yankees starting pitcher Gerrit Cole showed his worth in a dominating game against the Baltimore Orioles. The star pitcher helped the Yankees to a 7-2 win over Baltimore.

On Tuesday night, Cole pitched an absolute gem against the visiting Orioles. Cole threw seven innings and only allowed four hits while striking out 13 batters. It was an impressive game as Cole virtually held Baltimore scoreless.

“He just never had that lull,” Yankees manager Aaron Boone told reporters, “He was on the attack all night.”

The 13 strikeouts are the most for a pitcher so far this season. Cole generated 27 misses on 53 swings for a 51 percent whiff rate. So far, no other pitcher has generated 22 swings and misses in a game in 2021. In 2020, Cole and five other pitchers were able to record 27 swings and misses. Of those six pitchers, only Jacob deGrom did it three times.

The starting pitcher was paired with catcher Kyle Higashioka. Both are familiar with one another as they were paired together late last season. The two were pairs when Cole had an impressive 1.00 ERA in his final four outings to close out the 2020 regular season.

After the dominating performance, Boone was asked whether he would continue to pair Cole and Higashioka moving forward. “I’ll pair them up, I’m sure, a fair amount,” Boone told reporters, “But I also felt like Opening Day, Gary Sanchez and Gerrit were really good together.”

The Yankees’ manager then went on to complement the pair. “[Higashioka and Cole] have a good thing going, yin and yang and the details they go through between starts. I’m not going to go all-in on that by any means because he works well with Gary … but if it lines up that way, so be it,” Boone said of the pair.