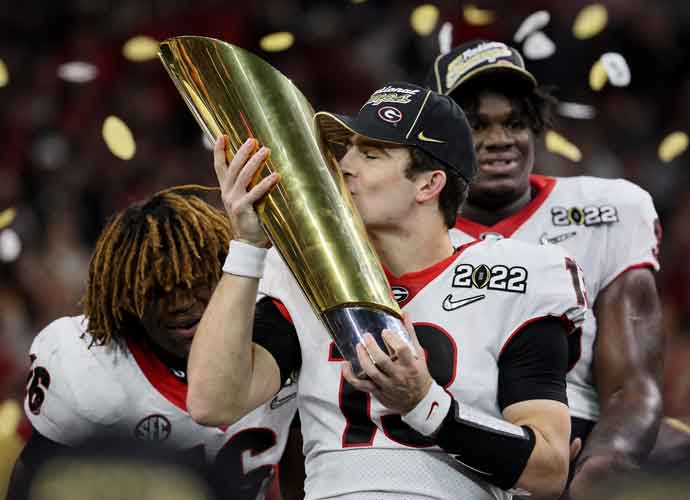 For the first time since the 1980 season, the Georgia Bulldogs are the national champions of college football.

The title comes after a 33-18 defeat of the Alabama Crimson Tide in the College Football Playoff National Championship on Monday evening in Indianapolis’ Lucas Oil Stadium.

A little over a month ago, Alabama had the upper hand as it beat Georgia 41-24 in the SEC Championship Game to secure the top seed in the playoff. The rematch was nowhere near as high scoring, with the Crimson Tide leading 9-6 late in the third stanza Monday night.

Alabama was clinging to an 18-13 lead with about nine minutes left, but three fourth-quarter scores from Georgia all but sealed the deal—with a 79-yard pick-six in the last minute thwarting any hopes Alabama had to repeat as champions.

The Bulldogs have been national champs in 1942 with a Rose Bowl win and in 1980 with a win over Notre Dame in the Sugar Bowl.

Alabama has won it all six times in the last 13 seasons.