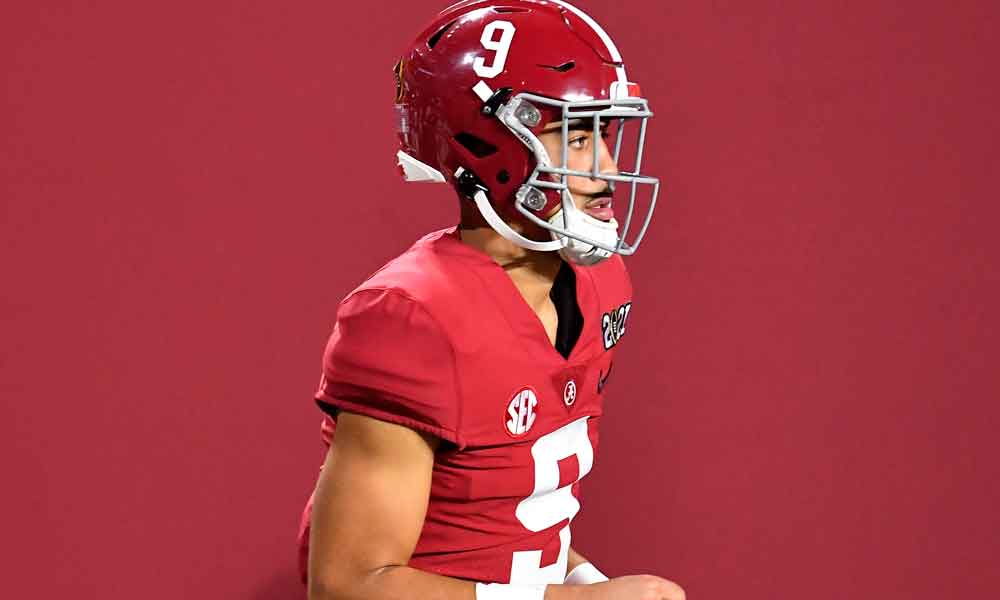 Alabama quarterback Bryce Young has signed deals using his name, image and likeness that sum up to over $800K, yet he has not started a game in his NCAA career thus far.

According to ESPN, Young has been presented with deals well over $1 million. He has not yet accepted any of those offers.

Alabama coach Nick Saban made headlines when discussing his quarterback’s deals. Saban told a group of Texas high school coaches that Young was set to make seven figures. However, Saban refused to elaborate on the nature of the deals and who they were with. This has resulted in enormous speculation.

At the Pac-12 media days, Stanford coach David Shaw said he believes Saban’s discussion of Young’s worth was strategic.

“It’s obvious to me that Nick wanted to plant that and make sure people knew that,” he said. “It’s a great way to recruit people to come to you.”

To date, Young’s deal with CashApp is the only endorsement that has been made public, reportedly worth six figures. Young has already completed production for a commercial with the company that will also feature NFL quarterbacks Daniel Jones and Trey Lance.

Young is represented by Creative Artist Agency. He has not signed any local deals in Tuscaloosa yet. However, he is expected to sign deals that are mutually beneficial for his teammates.

Young is a former five-star prospect from California. During his freshman year, he served as a backup to Mac Jones, who led the Crimson Tide to a national championship and was selected by the New England Patriots in the first round of the 2021 NFL Draft.

Young has big shoes to fill as he is the anticipated starter for the upcoming season. Alabama’s season opener is scheduled for September 4 against the University of Miami.