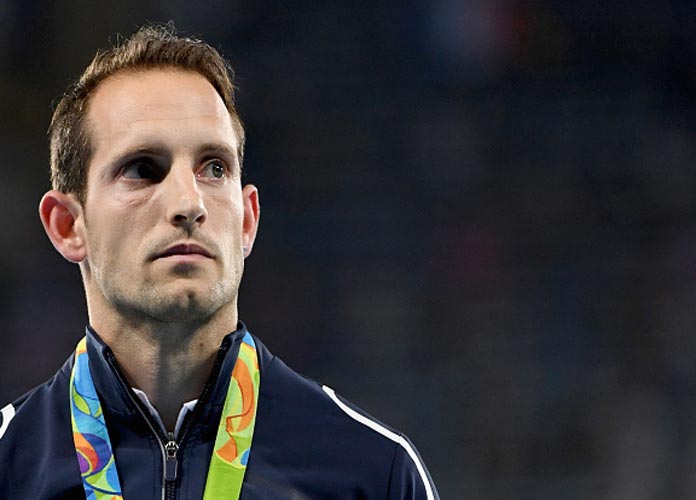 French Pole Vaulter Renaud Lavillenie burst into tears as he stood on the podium with his silver medal in Rio on Tuesday night. Brazil’s Thiago Braz da Silva took the gold medal in a surprise win over the world champion.

da Silva vaulted 6.03m to win the competition. Lavillenie tried to clear 6.08m but he was unsuccessful, before he took a run to complete the vault he gave a thumbs down sign to the crowd who was booing him mercilessly.

Lavillenie held his head in his hands on the podium and da Silva spoke with him afterwards and tried to make amends for actions of the Brazilian fans.

Lavillenie won the pole vault at the 2012 London Olympics and according to BBC he was appalled by how the crowd treated him in Rio. “It’s disgusting, there is a total lack of fair play and I want to stress that the Brazilian is not involved at all,” he said.

He compared the yelling and taunting to that of Jesse Owens in the ‘Nazi-era’ at the 1936 Olympics in Berlin. Lavillenie apologized for the comment saying he was upset when he lost and he said it in the heat of the moment.

Yes, sorry for the bad comparaison I made. It was a hot reaction and I realize it was wrong. Sorry to everyone. https://t.co/rK5mmuMgqH

According to BBC the 2016 Rio chief spokesman Mario Andrada commented on how they are going to make sure this doesn’t continue for the rest of the Games.

“As citizens of Brazil and as sports fans, we don’t think booing is the right attitude, even when you are in a one-to-one competition and a young Brazilian has the chance to beat the world champion,” he said. “We plan to intensify our dialogue with Brazilian fans through social networks to make sure that we behave as fans in a proper and elegant manner, without losing the passion for sport.”