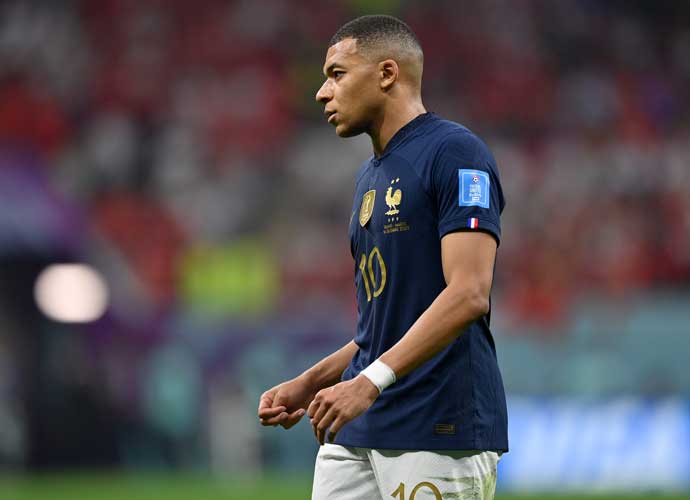 France defeated Morocco 2-0 in the World Cup semifinal match Wednesday, ensuring that Kylian Mbappe will face off against Lionel Messi and Argentina in the final Sunday. A tournament chock full of upsets will ultimately be determined by a game between two juggernauts.

Morocco’s miraculous run to the semifinal included upset victories over Spain and Portugal, but France challenged the team’s highly successful defensive strategy immediately. A goal by left-back Theo Hernandez in the fifth minute put the underdogs behind for the first time in the tournament, and though Morocco’s counterattack led to scoring chances, France ultimately kept the Atlas Lions scoreless on the way to a 2-0 win.

Don’t be sad bro, everybody is proud of what you did, you made history. ❤️ @AchrafHakimi pic.twitter.com/hvjQvQ84c6

“Don’t be sad bro, everybody is proud of what you did, you made history,” Mbappe said.

An expected win for France propels the team into a highly anticipated matchup with Argentina, led by Messi in what will likely be his final World Cup appearance. Though many hoped for a final between Messi and Cristiano Ronaldo, Mbappe will be a different, more challenging foil. Even in games where he has not contributed directly, the speedy 23-year-old has been the catalyst for his team’s offense, scoring five goals in six games.

LIONEL MESSI VS. KYLIAN MBAPPE IN THE WORLD CUP FINAL 👀

Argentina vs. France is going to be fireworks 🍿 pic.twitter.com/n3lfbu1phF

The stories of these two top players are drastically different. Mbappe has an extremely promising career ahead of him in the European leagues and countless opportunities to win a World Cup with a historically successful French team. Meanwhile, for all his achievements across a legendary career, Messi has never won a championship for Argentina. This run will likely be his last chance.

Beyond the team’s stars, Argentina and France both boast plenty of talent. French players Antoine Griezzman and Olivier Giroud have been just as productive alongside Mbappe throughout the tournament. Meanwhile, Argentina boasts a well-balanced attack behind Messi that has helped the team go from upset losers against Saudi Arabia to a World Cup finalist.

Read more about:
Argentina FIFA France Morocco World Cup
Listen to the uInterview Podcast!
Get the most-revealing celebrity conversations with the uInterview podcast!