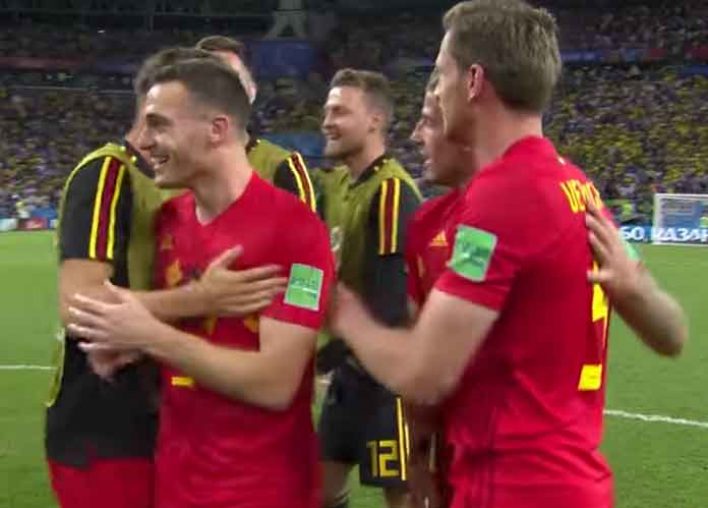 France and Belgium will face off in the FIFA World Cup semifinals next week after defeating Uruguay and Brazil, respectively in Russia on Friday.

The two European teams will play on Tuesday at 2pm EST after France beat Uruguay 2-0 in Nizhny Novgorod, and Belgium eliminated five-time tournament champions Brazil with a 2-1 victory in Kazan to inch one step closer to their first-ever World Cup title.

Defenseman Raphael Varane and Atletico Madrid star Antoine Griezmann scored for France, who won their first and only World Cup in 1998, the year they hosted the tournament. Before Friday, Uruguay had only allowed one goal in this World Cup, to Portugal in their previous game. On Friday, Edinson Cavani — who scored both goals against Portugal — sat out for Uruguay.

Varane put Les Bleus up 1-0 in the 40th minute with a header on a free kick from Griezmann that Uruguay goalie Fernando Muslera simply couldn’t stop. Griezmann doubled the lead in the 61st minute with a powerful far strike that Muslera initially blocked with his hands, although he couldn’t hold onto the ball and it soared above his head and into the net.

Griezmann was elated with the win but was classy in celebrating his victory. He shook hands with and hugged several Uruguayans, two of which are his club teammates in Madrid: Diego Godin and Jose Gimenez.

French goalkeeper Hugo Lloris also delivered a great game by making some spectacular saves, including one on a low header from Martín Cáceres near the end of the first half, just minutes after Varane’s goal.

France forward Kylian Mbappé, the 19-year-old Paris St-Germain attacker who is proving to be his national team’s rising star, was not as effective this game as the last, during which he scored two goals against Argentina. In fact, Mbappé drew a yellow card in the 68th minute after the referee accused him of exaggerating an injury from a tackle made by Uruguay’s Cristian Rodriguez. The replay clearly showed Mbappé did not react immediately to being hit, as there was a delay of about two seconds between when Rodriguez made the tackle and Mbappé fell to the ground, yelping and rolling in pain just as Neymar did in the Brazil-Mexico game. Rodriguez also received a yellow card for the incident.

Later on Friday, Belgium beat Brazil 2-1 after scoring twice in the first half. Embarrassingly enough, Belgium’s first goal was an early own goal from Brazil. In the 13th minute, Belgium took a corner kick and Brazilian defender Fernandinho leaped and accidentally knocked the ball into his own goal with his arm.

Manchester City midfielder Kevin De Bruyne made it 2-0 with a well-placed long, low shot in the 31st minute. Brazilian substitute Renato Augusto created suspense in the 76th minute to score on a header and make it 2-1, but the South American squad ended up going home, four years after they were knocked out of the World Cup by a humiliating 7-1 semifinal loss to eventual champions Germany. Belgian goalie Thibaut Courtois made several key saves for his team, including a late one on a shot from Neymar.

The second World Cup semifinal will be defined on Saturday evening, after Sweden and England face off before Croatia and Russia play each other. 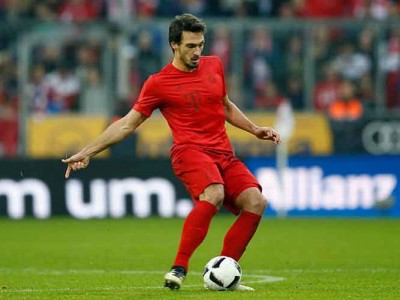