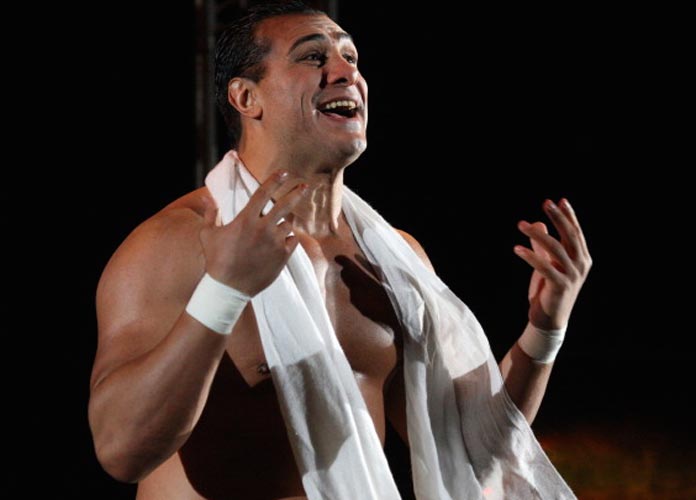 Former WWE wrestler Alberto Del Rio claimed he was stabbed outside an airport restaurant last weekend, and posted graphic photos of his injuries on Instagram.

The 39-year-old Mexican former star said he received cuts to his arms and head while attempting to defend himself from the assailant, who had a knife, before he was scheduled to take a flight to Monterrey, Mexico.

Del Rio stated he received medical attention, and then released a statement to the police, which caused him to miss his flight to Mexico for Sunday’s Heroes Inmortales X event promoted by AAA.

The ex-wrestler, whose real name is Jose Alberto Rodriguez, did not specify where the incident took place or a potential motive for the attack.

In his statement, Del Rio said he provided written “documentation” to AAA to explain the reason for his absence. Wrestling as Alberto El Patron, he was scheduled to team with Psycho Clown against Dr. Wagner Jr. & Pagano in the main event.

Immediately following the no-show, AAA promoters lambasted Del Rio for his lack of commitment and for “failing the Mexican public that has supported him throughout his career to become one of the leading figures in wrestling in Mexico and internationally.”

Del Rio added he intends to attend all his remaining events, including events in England this weekend.

A former WWE champion, Del Rio and the WWE agreed to his release Sept. 9. He had been suspended for 30 days for violating the company’s Wellness Policy on Aug. 18.

Along with the photo of his injuries (shown below), Del Rio also posted a statement on Instagram:

“Mr. Rodriguez (“Alberto El Patron”) shortly after eating a meal before his flight was assaulted by a criminal with a knife outside the restaurant. Mr. Rodriguez suffered multiple lacerations on his arm and other parts of his body defending against the criminal as Police were called by witnesses. Mr. Rodriguez received medical attention and went back to the Police Department and was unable to make his flight. Mr. Rodriguez has spoken with the ownership of Lucha Libre AAA World Wide and given them documentation of the incident. Mr. Rodriguez greatly regrets not being there yesterday for his fans in Mexico and promises to everyone he will make this up as soon as possible. Despite the graphic lacerations Mr. Rodriguez will not miss any of his shows for the remainder of the year and is ready to compete this weekend in the UK. “

Del Rio is considered one of Mexico’s top wrestlers.