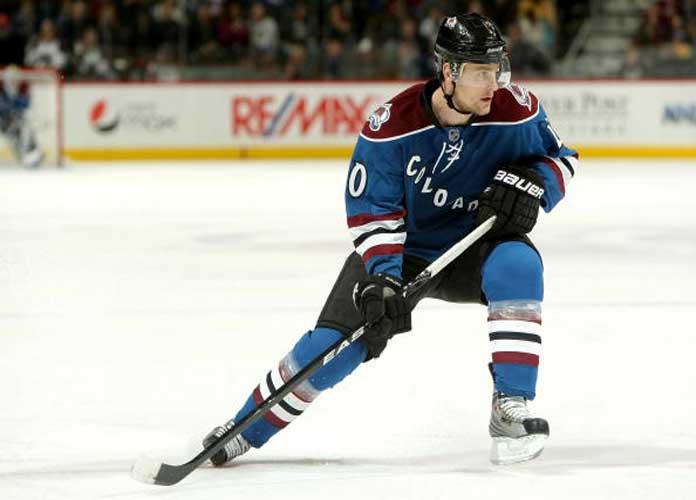 DENVER - NOVEMBER 25: Marek Svatos #40 of the Colorado Avalanche skates during the game against the Nashville Predators at the Pepsi Center on November 25, 2009 in Denver, Colorado. (Photo by Doug Pensinger/Getty Images)

Marek Svatos, a right wing who played seven seasons in the NHL with the Colorado Avalanche, Nashville Predators and Ottawa Senators, died Saturday at the age of 34. The cause of his death remains unknown.

“The entire Avalanche organization is extremely saddened by this news,” Sakic said in a statement. “Marek was a tremendous person, a talented hockey player and a great teammate. Our thoughts, prayers and our deepest sympathy to his wife, children and his entire family.”

Tributes poured out on social media Sunday from both Svatos’ former teammates and organizations and leagues he played for, both NHL and foreign:

The ICE are saddened by the passing of 2002 Memorial Cup Champion Marek Svatos.

Our thoughts and prayers are with his family and friends.

The Hershey Bears family is saddened to hear about the passing of former Bear, Marek Svatos. Our thoughts & prayers are with his family #RIP pic.twitter.com/D9kED6L8Wn

Both current and former Avalanche players also tweeted their condolences:

Very sad to hear about the passing of Marek Svatos. He was a great guy and tremendous player – he will be missed by many.

Very saddened to hear of the passing of former @Avalanche teammate, Marek Svatos. He was a great person and player.

I’m absolutely devastated to learn of the passing of Marek Svatos our thoughts and prayers to his family. Rest in peace

After leaving the NHL, Svatos played six games with HC Slovan Bratislava in the Kontinental Hockey League from 2012-13 and 26 games in 2013-14 with his hometown team, HC Kosice, in Slovakia.

Svatos played for Slovakia in the 2006 Turin Olympics, when he was scoreless in six games, as well as in the 2010 World Championships.

Svatos is survived by his wife and two children.

DENVER – NOVEMBER 25: Marek Svatos #40 of the Colorado Avalanche skates during the game against the Nashville Predators at the Pepsi Center on November 25, 2009 in Denver, Colorado. (Photo by Doug Pensinger/Getty Images)