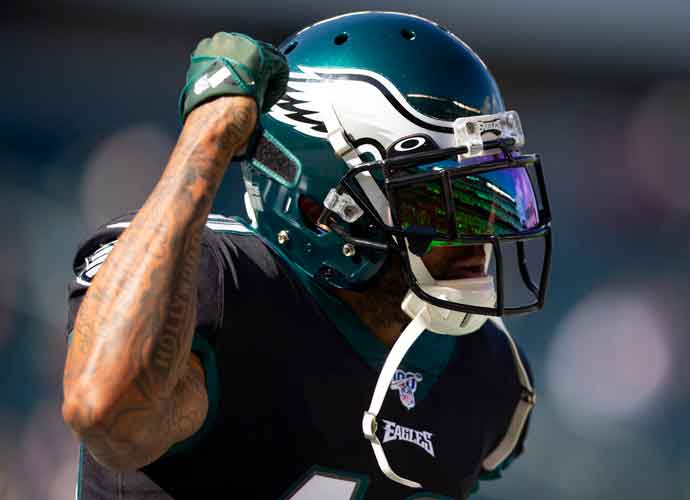 PHILADELPHIA, PA - NOVEMBER 03: DeSean Jackson #10 of the Philadelphia Eagles looks on prior to the game against the Chicago Bears at Lincoln Financial Field on November 3, 2019 in Philadelphia, Pennsylvania.

After Philadelphia Eagles’ wide receiver DeSean Jackson posted a series of anti-Semitic comments on his social media, he received a lot of criticism for such actions. Jackson has since apologized for his posts. There are, however, some athletes who have stood in Jackson’s corner.

Former NBA player Stephen Jackson took to social media, showing support for Jackson in a video. “So I just read a statement that the Philadelphia Eagles posted regarding DeSean Jackson’s comments. He was trying to educate himself, educate people, and he’s speaking the truth. Right? He’s speaking the truth. You know he don’t hate nobody, but he’s speaking the truth of the facts that he knows and trying to educate others. But y’all don’t want us to educate ourselves. If it’s talking about the Black race, y’all ain’t saying nothing about it. They killing us, police killing us and treating us like s—, racism at an all-time high, but ain’t none of you NFL owners spoke up on that, ain’t none of you teams spoke up on that. But the same team had a receiver who said the word n—– publicly! They gave him an extension! I play for the Big3. We have a Jewish owner. He understands where we stand and some of the things we say, but it’s not directed to him. It’s the way we’ve been treated.”

The receiver that Jackson noted that shouted the n-word in public was Riley Cooper back in 2013, which he said toward a black security guard at a Kenny Chesney concert. The Eagles extended Cooper’s contract in 2014 but was released in 2016

That video has since been deleted from Stephen Jackson’s Instagram but he has since posted something else that responds to his critics.

Proud Black Man Speaking. Love for all who have love for all ✊🏿✊🏻✊🏾✊🏼✊🏽✊#justiceforgeorgefloyd #justiceforbreonnataylor and so many more. #ivehadenough

Jackson has taken part in the Black Lives Matter movement since the death of George Floyd, whom he was friends with.