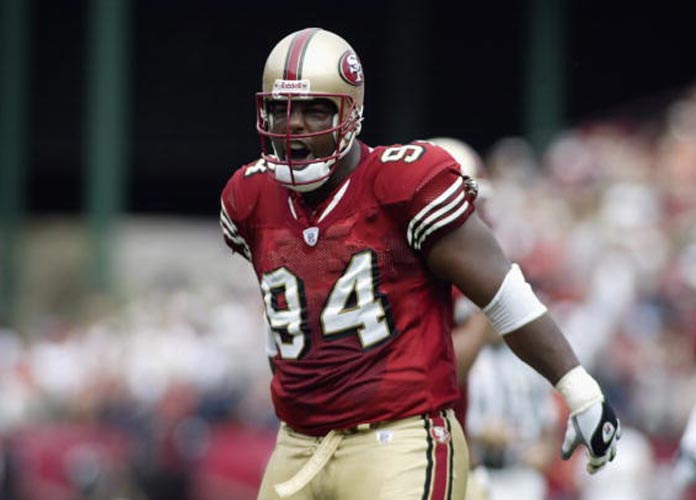 SAN FRANCISCO - SEPTEMBER 15: Dana Stubblefield #94 of the San Francisco 49ers celebrates on the field during the game against the Denver Broncos at Candlestick Park on September 15, 2002 in San Francisco, California. The Broncos won 24-14. (Photo by Jed Jacobsohn/Getty Images)

Earlier this year, former San Francisco 49ers player Dana Stubblefield was found guilty of raping a woman under the false pretense of needing a babysitter. On Thursday, Stubblefield received a sentence of 15 years to life in prison. The sexual assault reportedly occurred on April 9 2015 after his appeal was denied by Judge Arthur Bocanegra.

Stubblefield played in the NFL for 10 years and is a former pro-bowler. And spent half of his time in San Francisco. The 49ers have declined to comment on Stubblefield’s trial.