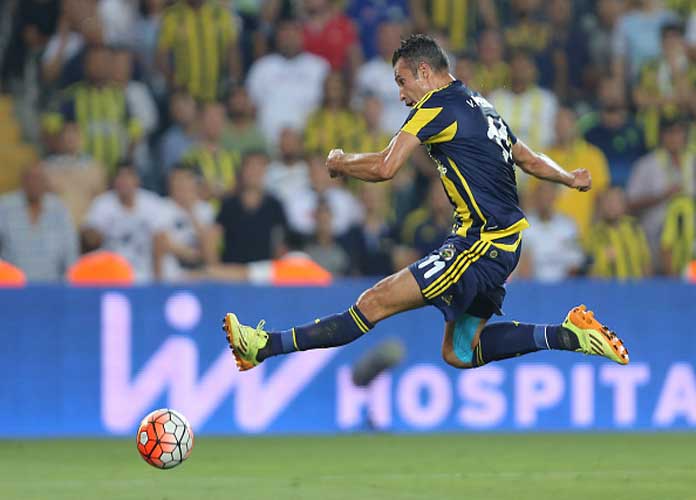 Robin van Persie has reassured fans that his eye was not damaged after the Fenerbahce striker was carried off the field during his team’s 3-1 victory over Akhisar Belediyespor on Sunday.

The 33-year-old Dutchman had scored the opening goal before his first-half injury, which was caused by Abdulwahid Sissoko.

Television pictures showed blood coming through a bandage on his left eye.

“After tests in the hospital this morning I can say my eye itself is undamaged so all good,” van Persie said.

Van Persie told his followers on Instagram that he had torn his eyelid. “These things happen in football,” he added.

Club doctor Burak Kunduracioglu had earlier sought to play down fears the player had suffered a serious eye injury, saying: “He received a blow to the eye and suffered a torn eyelid and bleeding.

“After the investigations we learned that nothing important happened. His condition is good.”

Van Persie, who previously played for Arsenal and then Manchester United before joining Turkish club Fenerbahce in July 2015, said he was looking forward to the upcoming Istanbul match against rivals Galatasaray on November 20.

“I am very happy with the team result and the win. Now focusing on the next game – the derby,” he said.

After Galatasaray, Fenerbahce will face Zorya in a Europe League group stage match on Nov. 24.