Falcons' Keanu Neal Sustains Achilles Tear In 27-24 Loss To Colts, Could Be Out For Season - uSports.org 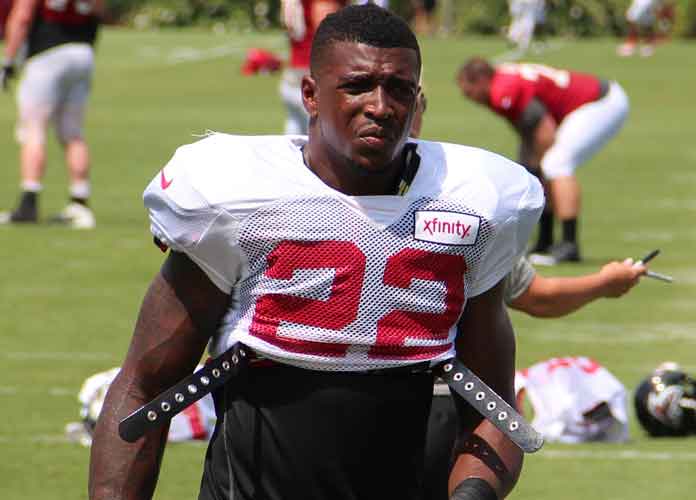 Keanu Neal with the Falcons in 2016 (Wikipedia Commons. Author: Thomson200)

Falcons’ Keanu Neal Sustains Achilles Tear In 27-24 Loss To Colts, Could Be Out For Season

Falcons safety Keanu Neal may miss the majority of yet another NFL season due to injury.

Neal, 24, was sidelined for most of last season after he tore his ACL in Atlanta’s opening game. Now, the Prow Bowl safety could be out for a while due to an Achilles injury he sustained in the Falcons’ 27-24 road loss to the Indianapolis Colts on Sunday that dropped Atlanta to 1-2 on the season.

The former first-round draft pick was carted off the field on Sunday with just 20 seconds left in the first half. Vaughn McClure of ESPN reported the severity of Neal’s injury:

#Falcons S Keanu Neal is believed to have torn his Achilles in today’s game, source said. When the MRI confirms, he’ll have surgery this week and should be good to go well before the 2020 season. Another bad-luck injury for Neal, but he’s battled back before.

Neal was visibly emotional after tearing his Achilles. The safety even threw his helmet in frustration.

Neal proved to be a major asset for the Falcons after the team drafted him out of Florida in 2016. In his first two pro seasons, Neal recorded 218 combined tackles and forced eight fumbles to go with one interception. He was also selected to the PFWA All-Rookie Team his first year in the NFL.

According to CBS Sports, Atlanta has exercised Neal’s fifth-year option for 2020. Hopefully for the Falcons, the safety will have recovered sufficiently before the start of next season.

The Falcons next host the Tennessee Titans on Sunday.