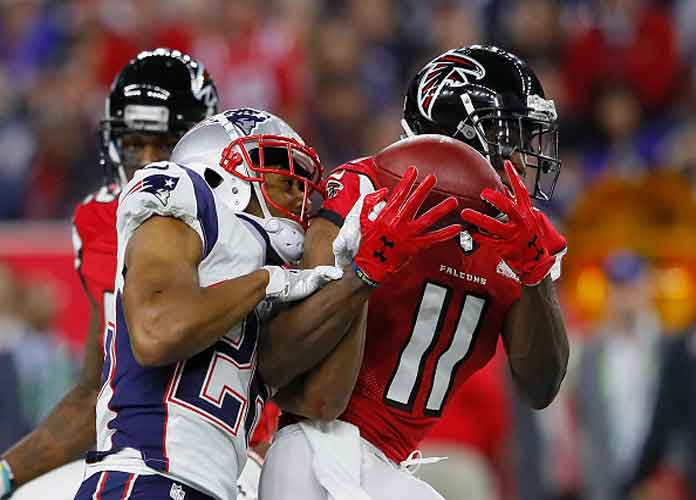 HOUSTON, TX - FEBRUARY 05: Julio Jones #11 of the Atlanta Falcons makes a catch against Logan Ryan #26 of the New England Patriots in the fourth quarter during Super Bowl 51 at NRG Stadium on February 5, 2017 in Houston, Texas. (Photo by Kevin C. Cox/Getty Images)

Atlanta Falcons wide receiver Julio Jones has hired a dive team to search Georgia’s Lake Lanier in the hopes of recovering a $150,000 earring he lost after falling off a Jet Ski.

The divers went as far down as 65 feet on Tuesday, but their scourge was fruitless as they came up empty-handed, WXIA reported.

“It’s down in crevasses and nooks and crannies,” Richard Pickering, one of the salvage divers, told WXIA. “It’s impossible — absolutely impossible.”

Another member of the diving team named Bobby Griffin said the bottom of the lake was “pitch dark.” The trees below the surface also reportedly rendered their search more difficult.

Jones said he was simply happy nobody was injured when he fell off the jet ski. His jeweler revealed the value of the diamond earring.

“As long as I’m good, it’s materialistic stuff,” the 28-year-old wideout told WXIA. “You can always get that kind of stuff back.”

Jones reports to the Falcons training camp on Wednesday. The receiver — who made several key catches for Atlanta in the team’s Super Bowl LI loss to the New England Patriots in February —  is set to earn $11.5 million in base salary this season, according to Spotrac.