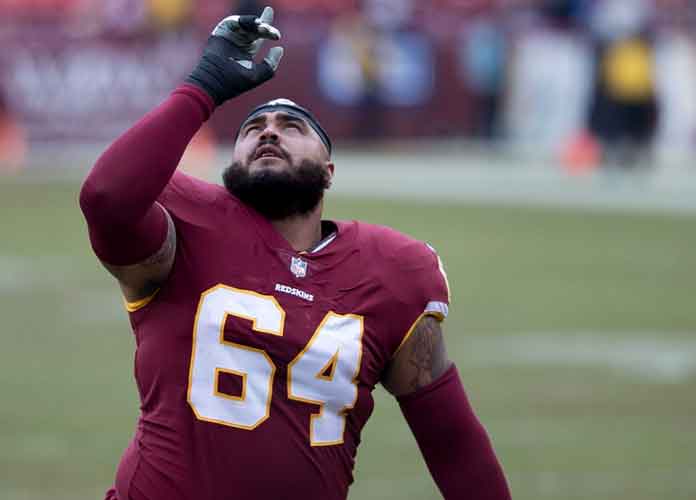 Defensive tackle A.J. Francis is clearly not afraid to speak out against the Washington Redskins, for whom he has played the last two seasons.

Francis — who will be 28 this month — blasted his old team in an Instagram post on Wednesday, calling the Redskins out in part for their “racist” symbol. He also signed with the New York Giants on Wednesday.

“When the team you were on didn’t appreciate you but the team you played against actually pays attention to the film,” Francis wrote in the post, which showed a photo of him laughing while seemingly sitting in an armchair.” He added the hashtag #AndYourLogoIsRacist.

The Redskins have long faced backlash for their name and logo, which many people say is offensive to Native Americans. Although for years the team’s symbol was not viewed as racist by a majority of Americans, even by many Native Americans — according to some polls — there has been growing support in recent years among groups from the ethnic minority for changing the logo. Despite all this, Redskins owner Dan Snyder has refused to change the team’s name or logo.

In 2017, the U.S. Supreme Court ruled that a trademark law that prohibits disparaging names of organizations infringed on First Amendment (free speech) rights and was unconstitutional, thus hinting that the Redskins’ name and logo will likely not be changed any time soon. The Cleveland Indians of MLB announced earlier this year that they would drop their Chief Wahoo logo starting in 2019 due to similar reasons.

Whether or not Franics is part-Native American is unknown. It is also unclear what “film” the defensive tackle is referring to in his post. (Could he just mean video footage of his performances in recent years?)

Francis, who has also played for the Miami Dolphins and Seattle Seahawks, played in six games for the Redskins in 2017. He logged 18 tackles.

The Redskins have also come under fire this week following an explosive New York Times report that revealed team officials allegedly required the franchise’s cheerleaders to escort sponsors to a nightclub during a trip to Costa Rica in 2013. The cheerleaders have also alleged that they were asked to be topless for a photo shoot while sponsors watched them. This one of several reports that have recently surfaced about mistreatment of cheerleaders in the NFL.