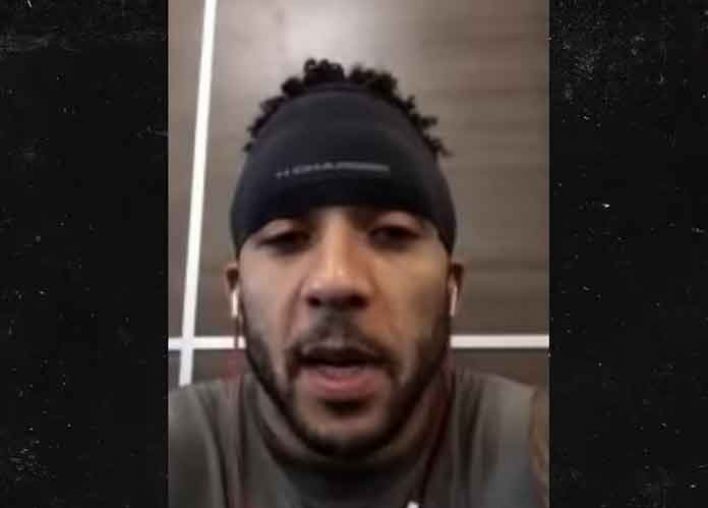 Kellen Winslow Jr. has again been caught in a rape scandal.

The former NFL tight end was charged on Thursday with sexually assaulting an unconscious 17-year-old girl in San Diego in 2003. No additional information on this case is yet known, and Winslow has reportedly yet to enter a plea deal.

Winslow, who will be 35 later this month, was previously accused this year of allegedly kidnapping and sexually assaulting two 50-something women in California. crimes that prosecutors have explained were part of a long string of felonies against several middle-aged women, some of whose homes he allegedly broke into. Winslow has pleaded not guilty to these charges.

According to Fox News, three of the former Pro Bowl tight end’s accusers were unable to identify Winslow as their attackers in a court appearance on Wednesday.

Should Winslow be convicted, he could potentially be sentenced to prison for life.

Winslow, whose father Kellen Winslow as also a Hall of Fame NFL star, is a former first-round draft pick out of Miami who played for the Cleveland Browns, Tampa Bay Buccaneers, New England Patriots and New York Jets. He retired in 2014 after being suspended for a drug violation and attempted to make a comeback to pro football in 2016 but was never offered a contract with any team.

Winslow is one of dozens of NFL players who in recent years have been accused of sexual assault or domestic violence against women. Buccaneers quarterback Jameis Winston was recently accused of groping a female Uber driver in 2016. Winston apologized for the incident and has since been suspended for three games next season.