Cleveland Browns To Be Subject Of This Year's Season Of 'Hard Knocks' On HBO - uSports.org 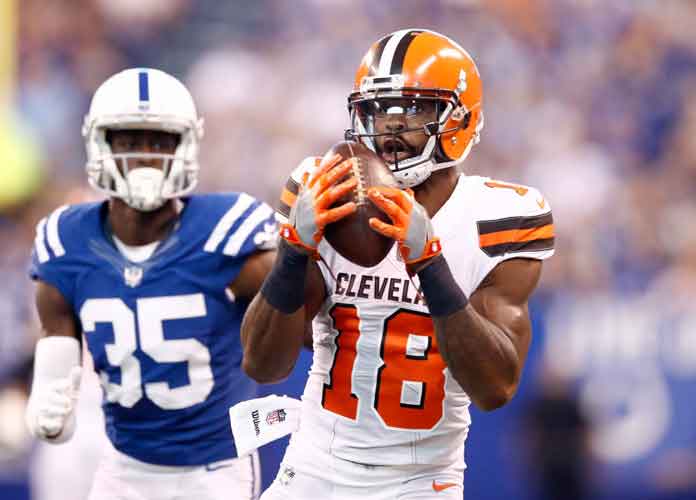 INDIANAPOLIS, IN - SEPTEMBER 24: Kenny Britt #18 of the Cleveland Browns catches a pass during the game against the Indianapolis Colts at Lucas Oil Stadium on September 24, 2017 in Indianapolis, Indiana. (Photo by Andy Lyons/Getty Images)

Since 2001, HBO’s documentary series Hard Knocks has taken us inside the training camps of 12 different NFL teams, with each season featuring providing first-hand insight into a different franchise and its players and coaches, both on and off the field. On Thursday, HBO announced that the Cleveland Browns will be the subject of the show’s 13th season, and it’s sure to be a pretty wild one.

While Hard Knocks has shown us the immense amount of tension that exists within NFL organizations, it’s hard to imagine that any of them were more desperate for success than the Browns. Over the last two seasons, Cleveland has garnered a historically bad 1-31 record, with their no-win 2017 season arguably being the worst single-season performance by any team in the Super Bowl era. Not only were they constantly losing, but they looked absolutely hideous in doing so. Rookie quarterback DeShone Kizer was dreadful over the 15 games in which he played, completing 53.6% of his passes for 2,894 yards, 11 touchdowns, and a whopping 22 interceptions. That’s not to say that the Browns’ lack of any kind of success rests solely on Kizer’s shoulders, as really every aspect of their team save for their run defense was among the league’s worst. The good news is that the Browns can really only go up from there, and they’ve made some significant improvements this offseason in order to do so, including the signings of quarterback Tyrod Taylor and wide receiver Jarvis Landry.

However, the biggest story of the Browns offseason has to be their decision to take Oklahoma quarterback Baker Mayfield with the first overall pick of the 2018 NFL draft. With such a strong incoming quarterback class featuring college standouts like Sam Darnold, Josh Rosen, and Josh Allen, Mayfield was easily the most controversial of the bunch. While his on-the-field performance during his college career was great enough to garner a Heisman Trophy win, Mayfield has had several off the field issues, including having been arrested while drunk in public. He’s also undeniably cocky and style of play may not transition well from college to the pros, which makes critics worried he could very well become Johnny Manziel 2.0. Thanks to all this, it’s fairly safe to assume that Mayfield will be one of the key focuses of Hard Knocks this year.

Mayfield aside, we’ve never seen a season of Hard Knocks like this one is looking to be. No featured team has ever been at a point lower than the Browns are right now, so we’re bound to see gain some really interesting perspectives on what the inner-workings of such a notoriously bad franchise, what goes on that causes them to be so horrible year in and year out, and what they plan on doing to improve.

Hard Knocks featuring the Cleveland Browns is set to premiere on HBO on August 7, 2018.