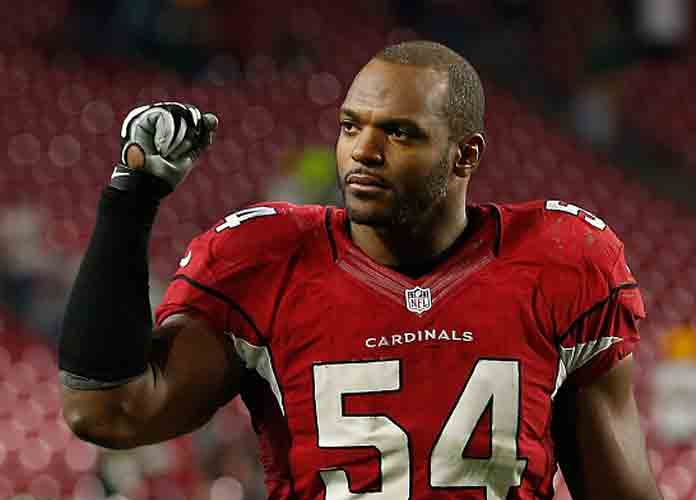 GLENDALE, AZ - DECEMBER 27: Linebacker Dwight Freeney #54 of the Arizona Cardinals walks off the field following the NFL game against the Green Bay Packers at the University of Phoenix Stadium on December 27, 2015 in Glendale, Arizona. The Cardinals defeatred the Packers 38-30. (Photo by Christian Petersen/Getty Images)

Defensive end Dwight Freeney is stepping away from the NFL after a 16-year playing career, and will retire with the team he started with.

The Colts announced on Thursday that the 38-year-old star would retire with the team. Freeney last played for the Seattle Seahawks but was cut after just four games with the team on Nov. 21, 2017. He was claimed off waivers by the Detroit Lions just one day later. The defenseman will reportedly sign a one-day contract with the Colts before retiring.

Freeney, known for his speed and his spin moves, immediately had an impact on Indianapolis’ roster after the team drafted him 11th overall in 2002. He helped lead the Colts to a Super Bowl victory after the 2006 season. Freeney played with the Atlanta Falcons in 2016, and helped lead the to the national championship game, where they lost to the New England Patriots in overtime.

“He was a great player in every phase of the game,” former Colts general manager Bill Polian, who drafted Freeney, told ESPN. “He was known as a great sacker, but he could play the pass and the run as well. Terrific run player. He gave you everything you had every week. And what made him even more special is that he did it while knowing teams were aiming to try to slow him down every week.”

Polian added that he hopes Freeney can someday be inducted into the Hall of Fame.

Freeney also played with the then-San Diego Chargers and Arizona Cardinals. The seven-time Pro Bowler boasts 125.5 career sacks, which puts him in a tie with Terrell Suggs for 17th on the NFL’s all-time list, according to NFL stats.

The veteran posted this farewell statement on Twitter on Friday:

Per ESPN, the Colts will hold a press conference on Monday at 3pm EST.