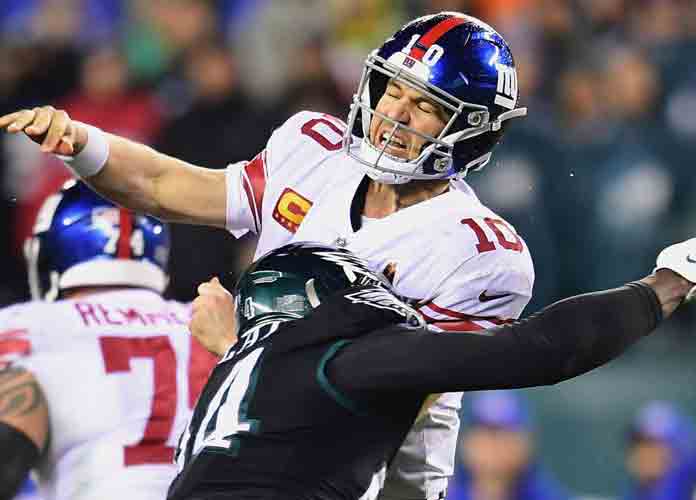 Eli Manning earned a big title on Monday night in his return to the New York Giants, but it wasn’t enough, as the team fell to the Eagles 23-17 in overtime in Philadelphia.

Passes like this one to Slayton — which put New York up 17-3 just seconds before halftime — prove Manning still has some gas left in the tank:

Despite the two-touchdown lead the Giants held at the half, Carson Wentz helped propel the Eagles to the come-from-behind victory, which Philadelphia secured with a 2-yard touchdown pass from Wentz to Zach Ertz with 5:10 left in overtime. This followed Wentz’ 5-yard throw to Ertz that tied it up at 17 just after the two-minute warning in regulation. Wentz finished with 325 passing yards and two touchdowns.

The heavily struggling Giants (2-11) had been hoping Manning — who finished 15-of-30 for 203 yards on Monday — would help rescue them after rookie QB Daniel Jones was ruled out last week with an ankle sprain. However, the Eagles are now 6-7 and one step closer to securing a playoff spot. Philadelphia holds the same record as the NFC East-leading Dallas Cowboys.

Giants fans will surely be upset if this turned out to be Manning’s last game. One would have hoped for a better sendoff for the two-time Super Bowl MVP and Walter Payton NFL Man of the Year award winner but alas, it seems like Manning’s time with the G-Men is over.