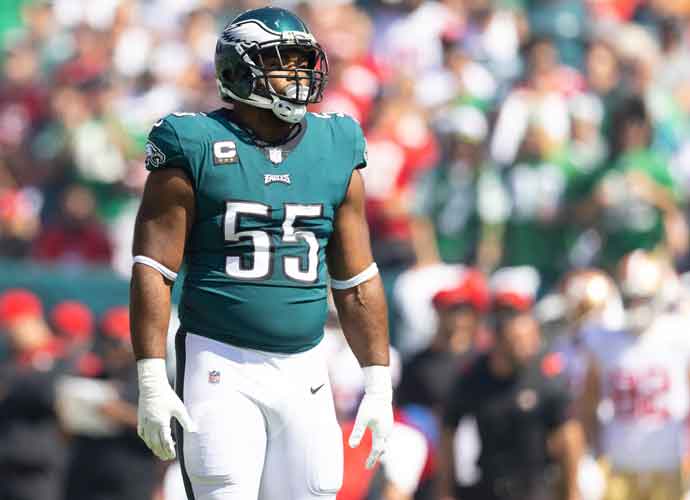 PHILADELPHIA, PA - SEPTEMBER 19: Brandon Graham #55 of the Philadelphia Eagles looks on against the San Francisco 49ers at Lincoln Financial Field on September 19, 2021 in Philadelphia, Pennsylvania. (Photo by Mitchell Leff/Getty Images)

Philadelphia Eagles defensive end Brandon Graham ruptured his Achilles during his team’s week two loss against the San Francisco 49ers. He was carted off the field near the end of the second quarter.

Graham is coming off an impressive 2020 campaign that earned him his first career Pro Bowl selection.

The 10-year veteran has spent his entire career with the Eagles. He is best known for his pivotal strip sack on Tom Brady during Super Bowl LII to essentially secure the win.