Dwyane Wade To Retire in Miami After 2018-19 Season - uSports.org 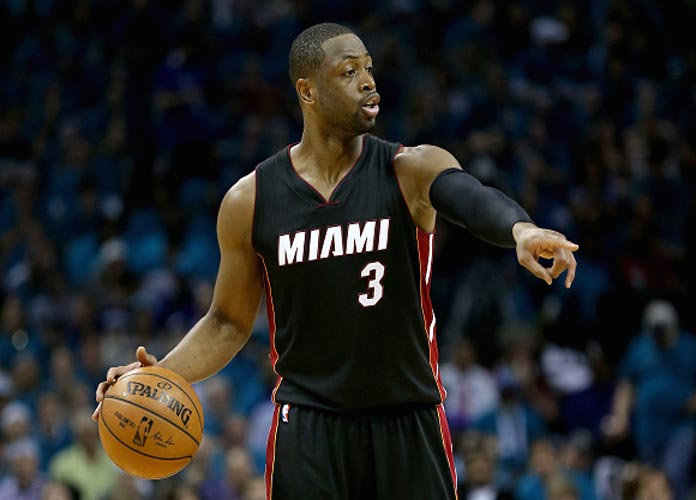 Dwyane Wade To Retire in Miami After 2018-19 Season

Prep the regional gifts, the ovations, and the jumbotron tributes: Dwyane Wade is coming back to South Beach for “one last dance” before he retires from basketball.

Wade announced via Twitter video Sunday night that he will return to the Miami Heat for the 2018-2019 season, and will join the team as they converge for training camp arrangments. He is expected to sign a $2.4 million, one-year deal with the team. He will retire as an icon of the Heat and of Miami, and the leader in points, assists, steals and games played.

Teammates of the “Flash” expressed their excitement for a final season with their leader. “One last dance with my bro!” Said Center Hasaan Whiteside on an Instagram post. I’ve learned so much from him in the past few years. Excited to be playing with him for his last year!”

Shooting guard Dion Waiters had similar joy when envisioning playing with Wade, something that hasn’t been possible due to injury. “Can’t wait to play alongside of you!!!” Waiters gushes. “I can scratch that off the bucket list!!! One last ride let’s make it special big bro!!”

The Heat-lifer’s sixteenth and final NBA season was one that might not have come at all – Wade spent the summer playing a guessing game with Miami, ambivalently wavering on his decision to return or not. Before yesterday’s decision, it was a strong possibility that Wade would not have worn an NBA jersey again at all, mulling over the matter via cryptic social media posts and chats with Miami press. Things heated up when rumors of Wade signing with a team in China surfaced as a result of the Zhejiang Golden Bulls offering the guard a three-year, $25 million contract. This startled Miami fans that hoped to get one more glimpse of a legendary career in the NBA, as Wade might have opted to play overseas for the bigger contract.

Tensions settled down when Manny Navaro of the Miami Herald spoke with Wade about China. “Heat only,” Wade assured. “If I play the game of basketball this year, it will be in a Miami uniform.” He’ll be in a Heat jersey, no doubt, while Miami and the entire NBA cheers him on the way out of a Hall-of-Fame career.

His farewell tour begins up the panhandle in Orlando on October 17.