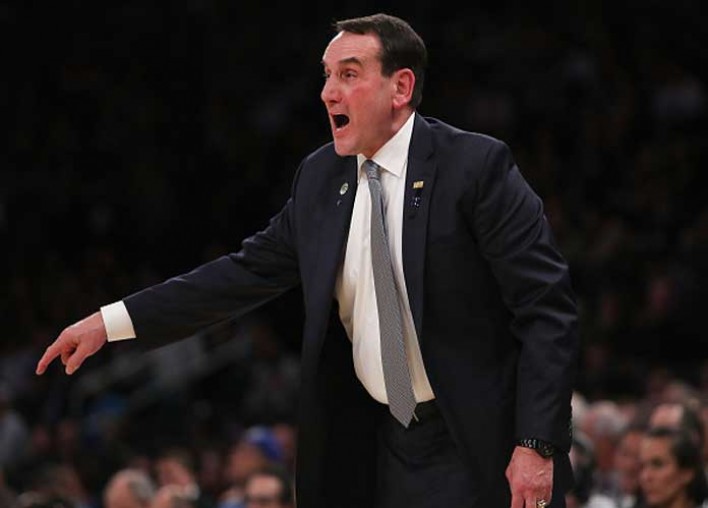 The Duke Blue Devils were defeated in dramatic fashion Tuesday night losing to the Stephen F. Austin Lumberjacks in overtime 85-83. This was the first time in 150 games that a non-conference team has won in Cameron Indoor Stadium since St. John’s in February 2000.

Aside from losing to an unranked opponent, the way the Blue Devils lost was the most heart-breaking part of the night. In overtime Duke had possession and a chance to win, tied 83-83 with ten seconds left. After a sloppy pass into the paint was broken up, the Lumberjacks recovered the ball on the ground and had a fast-break leading to a wide open layup at the buzzer for senior Nathan Bain.

“I saw my teammate grab it and I looked up at the clock. We had about 2.6 seconds.  I was like, ‘I have to get up on my horse.’ I went as fast as I can to try to lay it up. It’s like a layup drill. I could feel the dude on my back and I just prayed it [would] go in,” Bain told ESPN.

The Lumberjacks are ranked number one in the nation in turnovers forced per game and made Duke uncomfortable on offense turning them over 22 times. Duke Head Coach Mike Krzyzewski told the Duke Chronicle, “A key factor in the ballgame was to be strong with the ball, and we were not strong with the ball.  That’s really the easiest answer.”

Duke is not even in the top 50 in turnovers per game and they were favored to win by 29 points, according to CBS Sports. That what makes this loss so ridiculous. The Blue Devils gave up only two three pointers but allowed 64 points in the paint, the most allowed by the team in 10 years, according to ESPN Stats & Information. The Lumberjacks are not ranked and haven’t made it to the NCAA Tournament since 2016. Last year they had a 7-11 record in the Southland conference.

Another factor  in the loss was poor free throw shooting from the Blue Devils. They shot 24-40 from the stripe and 11-24 in the second half. Freshman sensation Vernon Carey Jr. had a good-looking stat line with 20 points and 11 rebounds, but shot 36% from the free throw line making only 4 of 11.

Lumberjacks senior Kevon Harris really stepped up for his team scoring 26 points with four assists and three steals while only turning the ball over three times.

“Every single night we have to play with the same hunger and the same toughness, no matter who we are playing.  We have to know that everyone is coming for us,” said Blue Devil sophomore point guard Tre Jones.

Duke will look to bounce back when they take on Winthrop Friday at home. 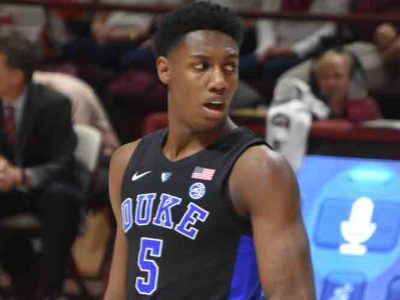