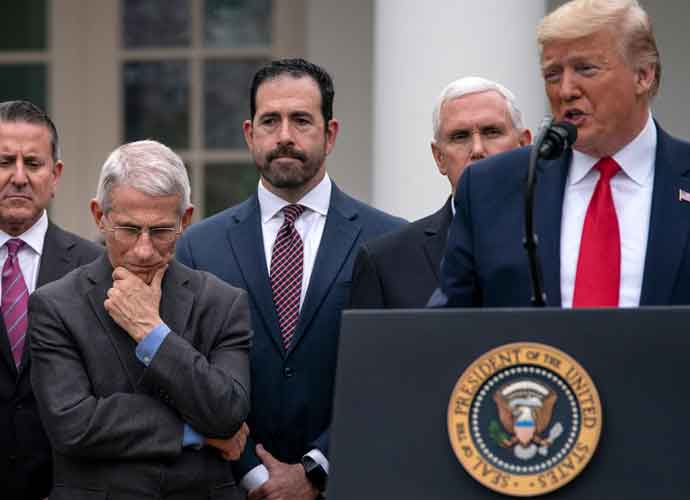 Often appearing as a featured speaker for the U.S. task force handling the coronavirus, Dr. Anthony Fauci joined Snapchat’s Peter Hamby for an interview via video chat to outline the circumstances that would allow for major sports leagues to return to action. Fauci claims the only way sports resume in the summer is by holding events behind closed doors and keeping players isolated in hotels.

“There’s a way of doing that,” Fauci told Hamby during the first part of the week-long interview series. “Nobody comes to the stadium. Put [the players] in big hotels, wherever you want to play, keep them very well surveilled…. Have them tested every single week and make sure they don’t wind up infecting each other or their family, and just let them play the season out.”

Fauci was reacting to a question about Major League Baseball’s postponed season and the NFL’s opening weekend which is September 10, 2020. He feels that fans will be somewhat satisfied with the ability to watch games even if they can’t go into the stadium or arena.

Last week, sources told ESPN’s Jeff Passan that the MLB and its players were considering holding games in Arizona.

“MLB has been actively considering numerous contingency plans that would allow play to commence once the public health situation has improved to the point that it is safe to do so,” the MLB statement said. “While we have discussed the idea of staging games at one location as one potential option, we have not settled on that option or developed a detailed plan. While we continue to interact regularly with governmental and public health officials, we have not sought or received approval of any plan from federal, state and local officials, or the Players Association.”

Fauci later mentioned his desire to see his hometown Washington Nationals take the field. “I want to see them play again,” he said.

The other two parts of the interview with Fauci will be released on Thursday and Friday.

Here’s Dr. Fauci talking about how sports can return. And also why he’s “dying” to see baseball again.