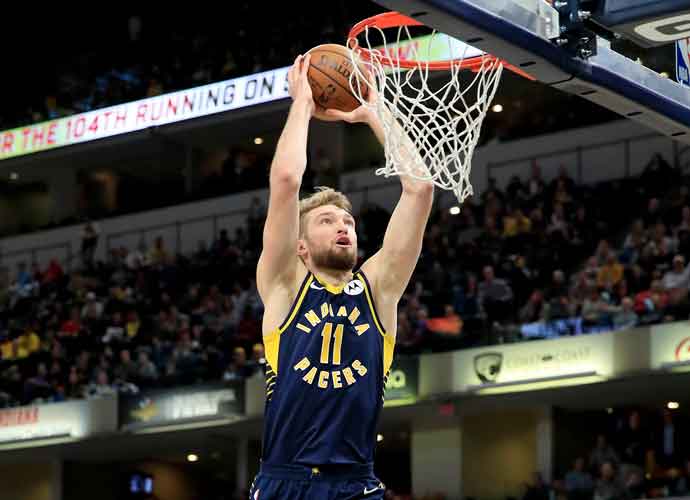 Domantas Sabonis was on fire Sunday night as he got his first triple-double and led the Pacers past the Nuggets to win 115-107. The Pacers (28-15) faced off against an equally talented team in the Nuggets (29-13).

Sabonis had 22 points and 15 rebounds with 10 assists, while Doug McDermott scored 18 of his 24 points in the fourth quarter. Malcolm Brogdon and T.J. Warren each added 22 points as the Pacers overcame a 30-point performance from Nuggets’ star Nikola Jokic.

Jerami Grant and Will Barton each put up 16 points but struggled without injured starters Paul Millsap, Gary Harris and Jamal Murray.

A close game towards the end, The Pacers led 98-97. With 4:13 remaining, McDermott nailed a 3-pointer, followed by consecutive baskets for Sabonis. With 1:08 left, the Pacers pulled out a six-point advantage and the Nuggets could not come back.

Nuggets coach Michael Malone was quick to identify the problem.

“McDermott killed us. Sabonis killed us,” Malone said. “The fourth quarter, they had six offensive rebounds. The very few times they did miss, they just pushed us around, much more physical than us. Disappointing loss.”

McDermott said that the lack of respect by some gives the Pacers motivation to prove them wrong.

Doug McDermott after the @Pacers' win over the #Nuggets: "People don't give us a lot of respect, and we like that. It's just motivation for us. We feel like we're one of the better teams in the East and we can play anyone, so we're going to continue to play hard." #Pacers pic.twitter.com/PBWBm9bklG