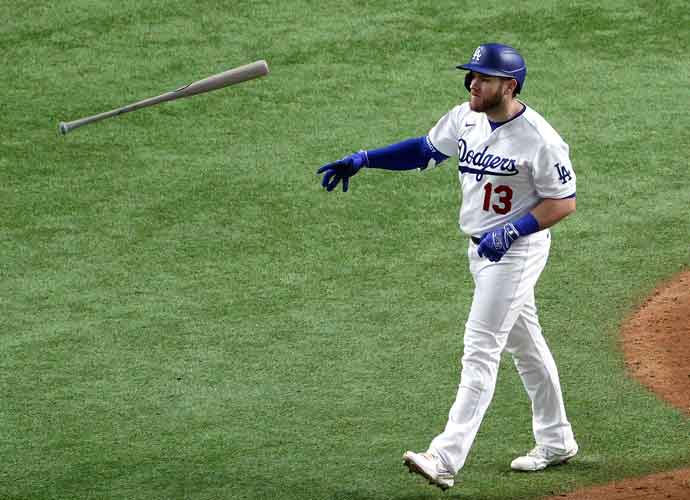 ARLINGTON, TEXAS - OCTOBER 27: Max Muncy #13 of the Los Angeles Dodgers reacts after striking out against the Tampa Bay Rays during the fourth inning in Game Six of the 2020 MLB World Series at Globe Life Field on October 27, 2020 in Arlington, Texas.

On his Instagram account, Dodgers’ player Max Muncy, who just won a World Series earlier this week, took a shot at MLB commissioner Rob Manfred in his celebratory post which featured Muncy holding the World Series trophy with the caption, “What a nice piece of metal.”

This is referring back to Manfred’s comment earlier this year when he faced criticism for his lack of willingness to punish the Houston Astros for their sign-stealing scandal that many believed help them win a championship. In one of his comments about the matter, Manfred referred to the trophy as “just a piece of metal,” which infuriated most baseball fans and probably the players. This may be viewed as unprofessional by Muncy, but when you’re a champion you can say what you want.